Born in Transylvania, Rolando Negoita studied at the Romanian Academy of Fine Arts in Bucharest before moving to the United States, where he began designing jewelry, knives, clothing, accessories, and pipes. Known for the remarkable creativity of his shapes, he has won contests and awards, and Butz-Choquin made a line of pipes from one of his designs. This piece is relatively conservative for Rolando, unified by the soft curves of bowl and shank, a low transition, and a gradual taper from transition to lip button. The grain is mixed, primarily flame grain on the flanks angled forward toward the heel, with a broad swath of birdseye on the far side of the bowl. A textured silver band, sturdy and elegant, graces the shank end, a testament to Rolando's meticulous silverwork. This piece is still in very good condition, though for some reason Rolando did not stamp the pipe with the year of its manufacture. 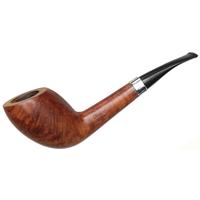 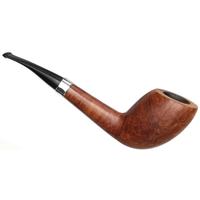 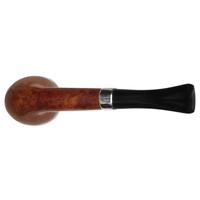 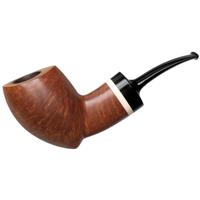 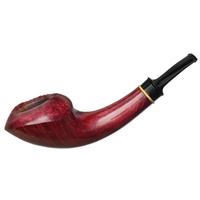 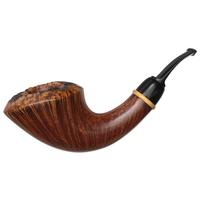 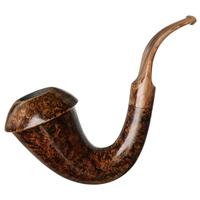 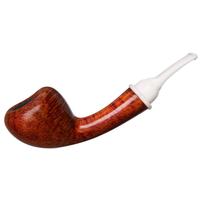 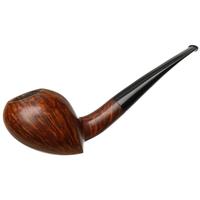 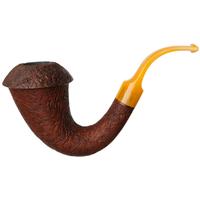 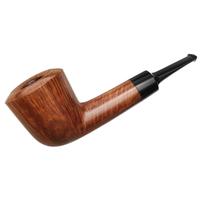