Soft curves and geometrical ridgelines combine for this smooth Dublin from Steve Morrisette, who turned to pipe carving after collecting artisan pipes and befriending some of the finest pipe makers in the United States. The rim is domed with a well-defined ridgeline circling the bowl beneath it, and the forward heel projects slightly forward for a particularly solid stance. The transition introduces a shank that is squared and tapering as it reaches to the saddle mouthpiece, which is of cumberland and well suited to the palette of the stummel. The orientation of the grain provides angled flame grain running up the sides of the shank and undulating flame climbing the bowl, while birdseye dominates the rim, for a Dublin with distinct character. It's presented here in unsmoked condition. 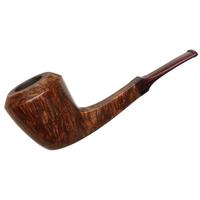 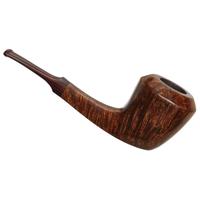 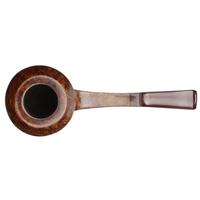 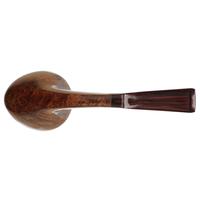 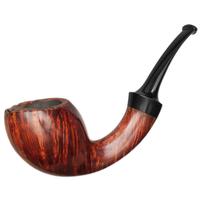 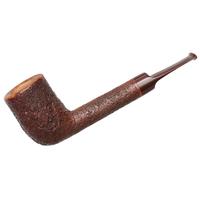 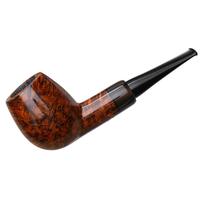 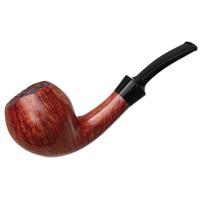 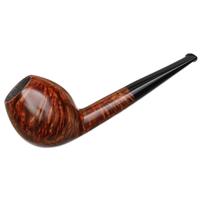 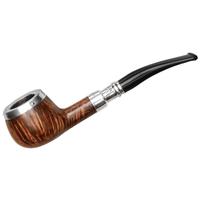 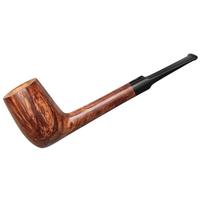 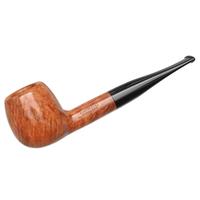