Within Todd Johnson's portfolio, the American carver has played with a number of Blowfish designs: from the long-shanked, forward-urging variety, to more muscular, tightly curled iterations, to those of more dramatic proportions between bowl and shank, as seen here. Todd is as much an artist as he is a craftsman, and such skill is on display in this piece, as Johnson has not only deftly carved and drilled the briar but has carved with subtle flourishes and a beautiful degree of fluidity.

The flowing, curving profile actually belies this Blowfish's size — it's quite large, making for a substantial, palm-filling pipe. Overall, Todd has touched on all the characteristic shaping cues of the Blowfish shape, but there are certain, unique touches that deserve attention: The left side's panel, smaller than the right's, features a soft, sloping ridgeline across its face, aligning with the ridge at the bowl's fore. Likewise, Johnson has slightly curled the bowl toward the left, having read the orientation of the central panel's cross grain. Finally, the stem is a singular composition in and of itself. Todd is known for his split stems and use of alternate materials, and here he's incorporated the cumberland mouthpiece with a base of creamy Ivorite. Most creative, though, is the shaping of said base. It's tilted slightly to echo the bowl's curve and the junction of Ivorite and vulcanite matches the angle as well — stunning compositional awareness and execution of three separate mediums from one of America's finest artisans, well-deserving of his esteemed Phalanx grade designation. 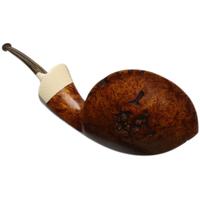 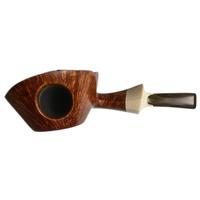 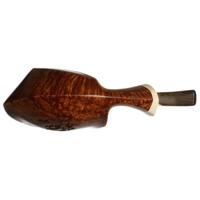 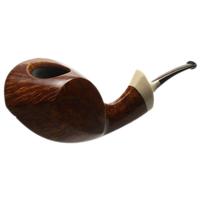 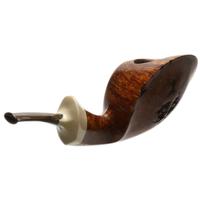 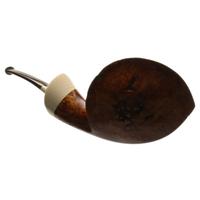 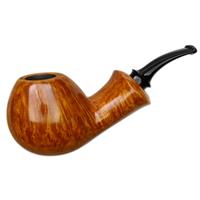