An Illinois native, Scott Klein now resides and crafts pipes in Nashville, Tennessee. The American artisan cites artisan Alex Florov as being a mentor and major influence, having spent five years working alongside the Russian native in Chicago.

This Fish is a signature design of Klein's and is a lightweight Nosewarmer pipe, yet the stummel is muscular and compressed. Displaying Danish design cues, the forward-urging plump bowl presents a lifting heel and supple curves along with cheeking at the transition. A crisp ridgeline travels from the softly chamfered rim down the left flank and up through the shank end, terminating at the broad, lens-shaped face. This piece looks different in profile than when viewed from above: In silhouette, the shank looks far more slender; seen from up top, one is treated to the shank's graceful, gradual widening and thickening. It's topped by a slender vulcanite stem, in keeping with the svelte aesthetic. Dressed in a smooth auburn contrast stain, the grain beneath is gorgeous, with tight tendrils of flame grain engulfing all flanks, while the underside is simply resplendent in a wealth of birdseye. Presented unsmoked. 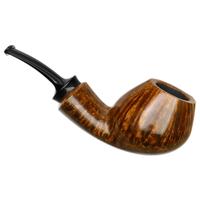 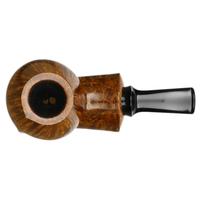 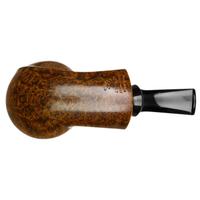 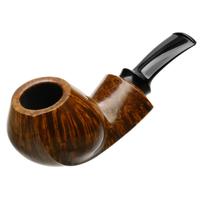 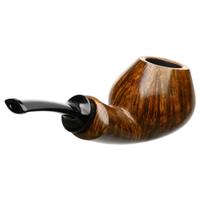