Born out of a partnership between Michael Kabik and Glen Hedelson, Hedelson pipes was originally founded as a duo to produce Mel Baker's line of CHP-X pipes in Virginia before rechristening the series as Sven Lar. Hedelson pipes are distinct in being specifically those pipes that Hedelson himself cut and shaped, reflecting a Danish neoclassical style with a touch of influence from the American revival school. This bent Dublin here does well do feature the angular style that Hedelson favored, with a plunging length of diamond shank whose build continues through the heel and into the lower fore, terminating at a sharply defined spur and flat at the front. The shank itself is rather svelte, arcing away out back and being paired to a demurely curved saddle stem, all as it supports a strikingly tall bowl which grows upward with a measured flare to a plateau-crowned rim. Dressed in a warm mahogany stain through much of the briar, this pipe showcases some handsome grain and includes some nice texture in the form of a spot carving on the right flank of the bowl. Unsmoked. 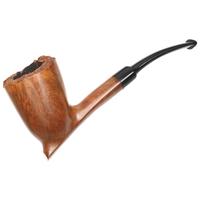 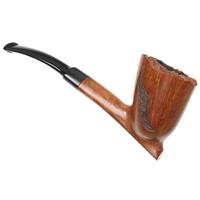 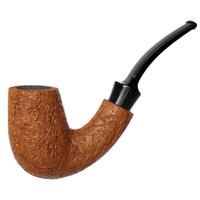 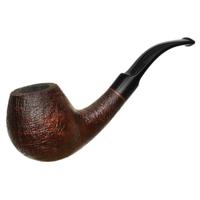 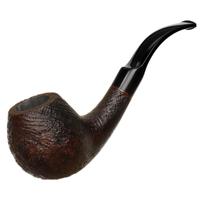 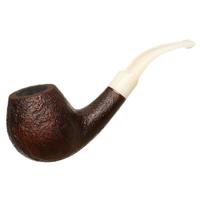 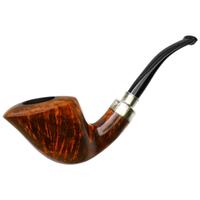 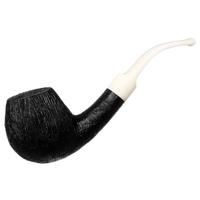 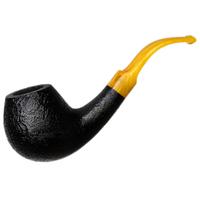 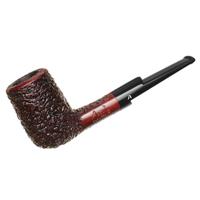 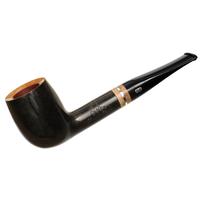