Valhalla or Valhǫll in Old Norse translates to "Hall of the Slain" and was a hall in Asgard, the celestial city of the god Odin. In Norse mythology, those who died in combat were united together in Valhalla, and to fall in battle was considered a great honor by Nordic cultures. This viking skull depicted in meerschaum by the AKB workshop shows the remains of a fallen warrior now in Valhalla. Wearing a horned helm and carved in impressive detail, it's a unforgettable pipe with plenty to admire. 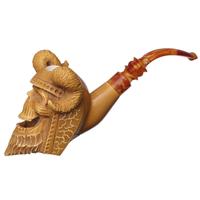 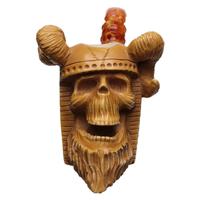 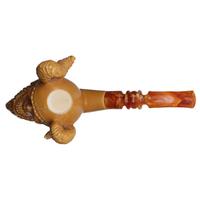 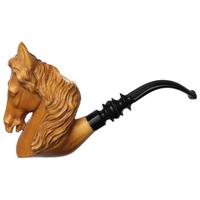 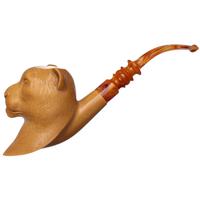 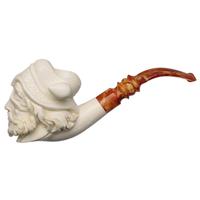 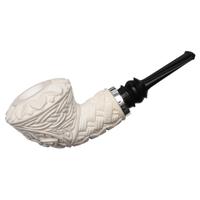 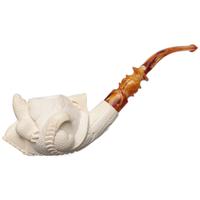 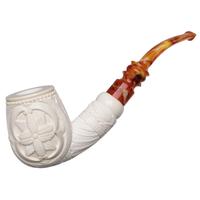 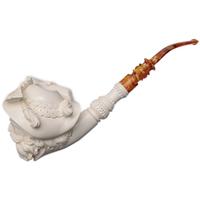 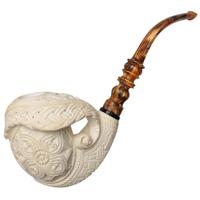 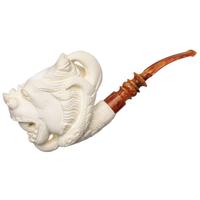