Both the Cutty and the bent Apple are shapes with rich histories, as the latter has graced modern shape charts since at least the early 1900s, and the former has been a staple shape since the dawn of the clay pipe, being widespread in taverns. This bent Apple from AKB Meerschaum looks to be a portmanteau of the two shapes, albeit imbued with a far greater deal of physical substance than we're used to seeing from either shape. Stretching out to seven inches long, this pipe from the Turkish workshop is paired to a demurely curved and handsomely stylized saddle stem of jet-black acrylic, meeting a shank that's carved to resemble woven fibers. These fibers continue through the fore and aft walls of the bowl, as well as the underside, and the bowl's wide, robust walls ensure there is plenty of room for the texture to roam. This is especially true of the diamond latticework on either flank of its plump build, with every carved surface here surrounded by what looks like baroque window frames. A dynamic forward cant gives this pipe an active stance, and the wealth of texture across the bowl combined with its hearty construction makes for a lovely feel in hand, as well as plenty of potential for unique patination as it's smoked. 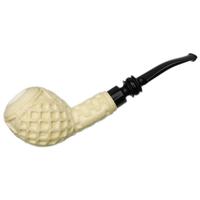 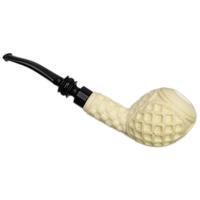 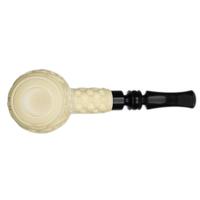 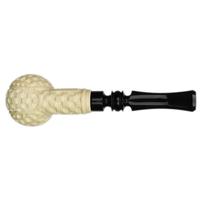 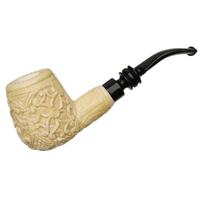 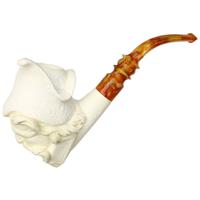 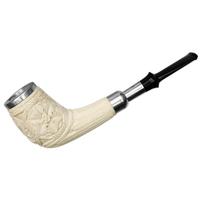 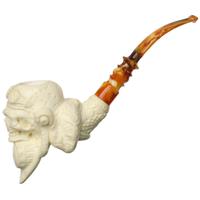 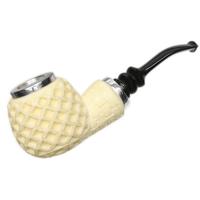 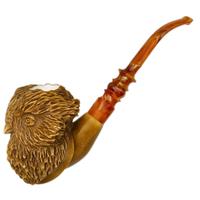 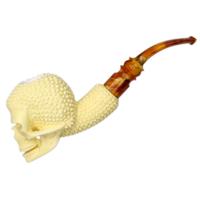 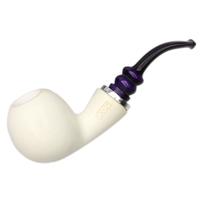 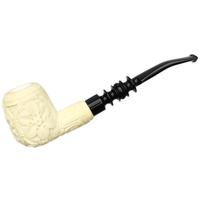