Prized for its flavor-neutral smoking properties and ability to patinate as it's smoked, meerschaum is a widely popular pipe-making material that derives its name from the German word for "sea foam," a reference to the medium's white color. Predating briar as a pipe material, meerschaum has been used in pipe making since the 18th century, when it was considered a more durable alternative to clay. Historically, Austria and Turkey produced most of the world's meerschaum pipes, but today, Turkey stands alone as the epicenter for meerschaum pipe making. AKB, short for Ali Karim Bey, is one of the finest workshops in Turkey, and the firm's talented carvers fashion a wide range of pieces from solid-block meerschaum that's sourced directly from Turkish mines. The workshop produces everything from Anglo-French classics to more eclectic figural designs. This Hand Holding Skull figural by Ali showcases the immense talent of AKB's carvers and comes with a custom-made, hard-shell case. 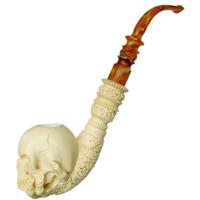 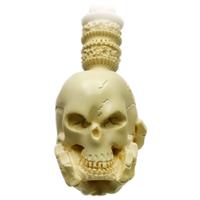 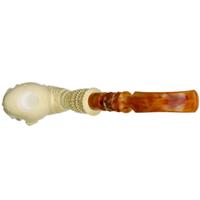 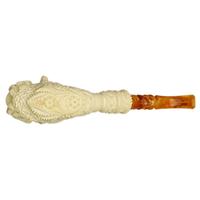 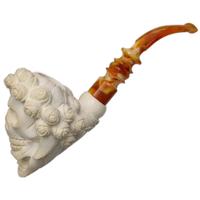 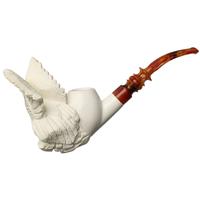 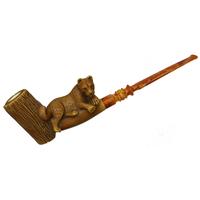 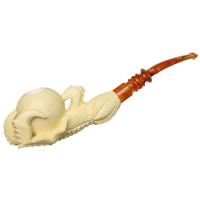 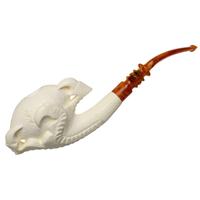 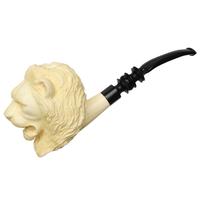 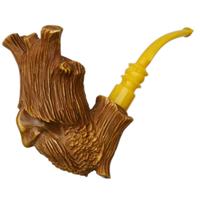 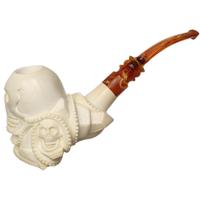