Meerschaum was first used to make pipes around 1723, becoming wildly popular early on as a more durable alternative to clay. A natural mineral formation, the soft white material is a form of sepiolite, called meerschaum (German for "sea foam"). Meerschaum is a perfect pipe medium because of its neutral flavor profile, immune to "ghosting" — when a pipe absorbs flavors from other tobaccos during a smoke — making it ideal for sampling a variety of blends. Meerschaum pipes are also prized for their ability to patinate as they're smoked. The porous mineral absorbs oils during the smoking process, slowly developing an array of gold and brown hues and even turning a rich black color with enough time. Historically, wealthy pipe smokers were known to hire men to smoke their pipes around the clock to speed up this process. Austria and Turkey were long the great centers of meerschaum pipe production, with Turkey now being the sole exporter of the beloved pipes. AKB, short for Ali Karim Bey, is among the most respected firms now carving meerschaum pipes, offering a wide variety of pieces, from ornate figural designs, to traditional shapes in both smooth and patterned finishes. Every AKB pipe is fitted with an acrylic stem with a sleeved mortise and standard, push-in tenon. This bent Bulldog carved by Tekin is a fine example of the Turkish marque's versatile style and comes with its own sturdy custom-made case made of wood and leather. 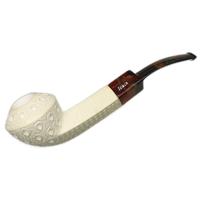 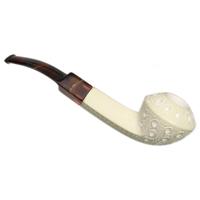 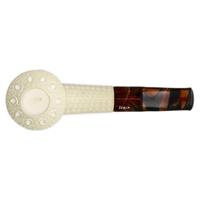 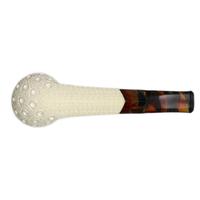 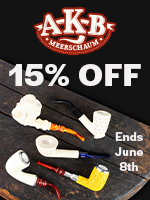 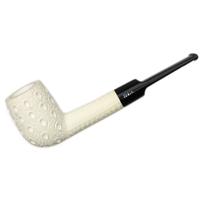 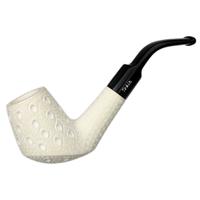 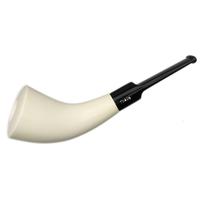 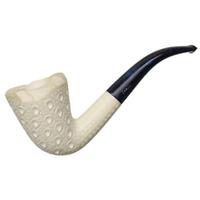 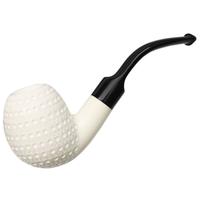 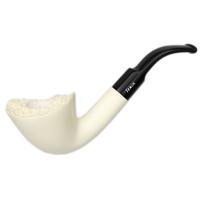 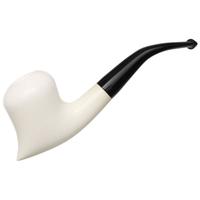 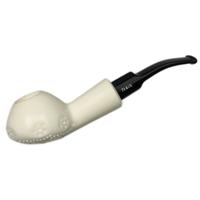 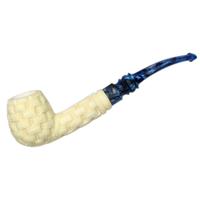