Happy Fourth of July! Though we're still taking calls and shipping boxes, because of the holiday, our Customer Service call lines will be open from 10a EDT to 5p EDT today, rather than the usual 9a EDT to 7p EDT. We'll resume our normal service hours tomorrow.
New Pipes » Abe Herbaugh » Smooth Fish with Bakelite

As fluid as water and full of organic charm, this piece fits well into Abe Herbaugh's naturalistic, Freehand-esque aesthetic. Not to be confused with the Blowfish design, this Fish shares some design cues but remains markedly distinct. Like the Blowfish, it features a central panel, here traveling through the left underside, up and over the rim to terminate at the top of the shank and prompting an outward-flicking "fin" at the right side of the transition. That said, what defines this piece most, though, is a strong sense of momentum — the bowl is almost Egg-like in profile, sweeping forward, while the base of the stem aligns perfectly with the stummel, continuing the hard lines of the shank into a striking, curling "tail" of sorts and acting as a part of the entire composition rather than merely a necessary add-on.

When viewed from above, then, the piece boasts Abe's deft shaping hand as the from waves back and forth, emulating the motion of an actual swimming fish. As if that weren't enough to affirm this pipe's appeal, the American artisan has dressed it in a stunning contrast stain, highlighting this block of briar's gorgeous grain orientation. From dense seas of birdseye at the flanks to concise streaks of gross grain dominating the central panel, it couldn't be more pristine, pairing beautifully with a stem of silvery bakelite. 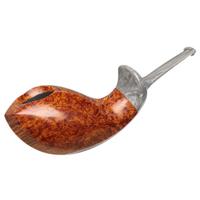 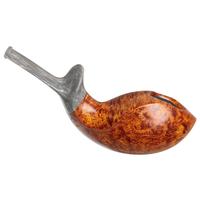 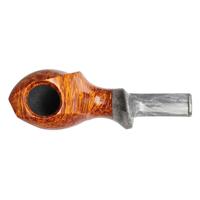 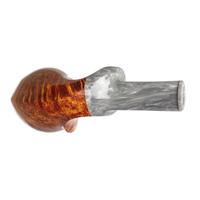 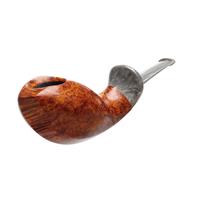 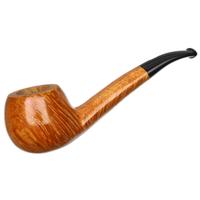