Hewing to his organic, often Danish-inspired shaping style, this Freehand Chestnut from Abe Herbaugh presents a low-lying, asymmetrical bowl with a sloping, scalloped rim and charming plumpness. Hinting at the Apple and Acorn designs, it also displays a forward-ebbing sense of momentum, aided by its lifting, spur-like heel. Shaped similarly to the actual nut for which it's named, the bowl is then lent a further natural aesthetic by the three knuckles of bamboo that serve as a shank extension and are rather seamlessly integrated into the composition. The bamboo maintains the form's sleek, clean lines, with the rhythm of the knuckles continuing into the dome-like base of the softened, gently downturned saddle stem. The hues of the bamboo are mirrored in the aforementioned smooth, wavy rim, while the bowl and abbreviated shank are wearing one of the carver's low-profile, dark sandblasts, elevating the briar's handsome grain patterns. Another precisely engineered, lightweight and detailed offering from the talented artisan. 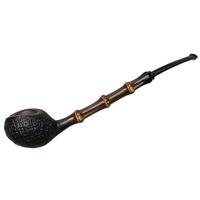 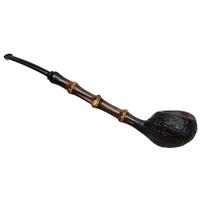 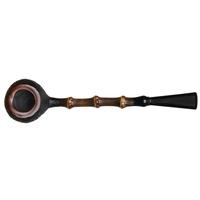 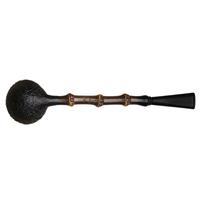 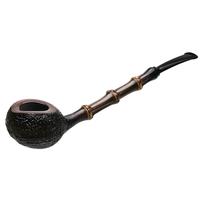 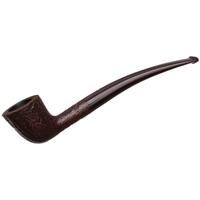 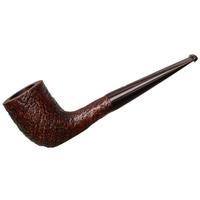