Here, Alexander Tupitsyn expands upon a theme we've seen him experimenting with before, taking it to new, playfully whimsical heights. It's a departure from his more firm-lined, Poul Ilsted-inspired shape renditions, imbued with an organic disposition by way of its lively stance as well as the region of ultra-tight plateau at the domed rim's downward-leaning fore. Viewed from the front, a subtle impression of asymmetry is discernible and seemingly initiated by the plateau, lending the form the impression of lightly drifting rightward from the smoker's angle. Said plateau is bolstered by some incredibly dramatic flame grain on the flanks, which Alexander has taken pains to meticulously follow, accentuating the briar's lively stance and highlighting some serious birdseye at the rim and underside. Brilliant work from Mr. Tupitsyn here. 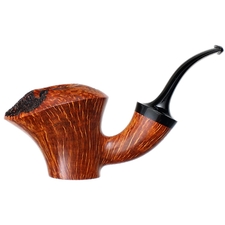 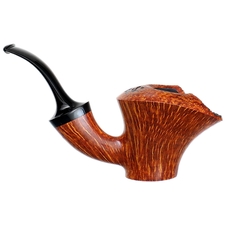 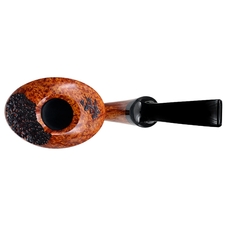 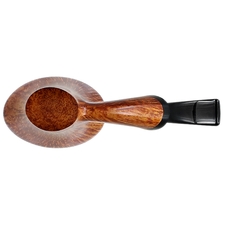 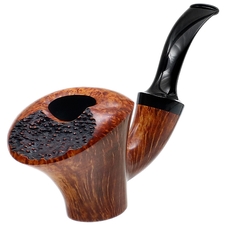 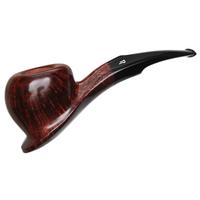 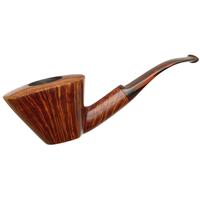