The Rhodesian isn't a shape we've seen frequently from Alexander Tupitsyn, which is a bit of a shame — when he does make them, they are quite impressive. This example is low-slung, its oval shank giving extra emphasis to the taper of the rim, particularly with its smooth contrast stain pressed against the darker sandblast of the rest of the stummel. Add in a small band of boxwood at the shank end, as well as a crisp pair of beadlines framing a ridge at its waist, and this is a piece that is full of individual elements, all paired together in a way that makes for a cohesive whole. Excellent work, too. 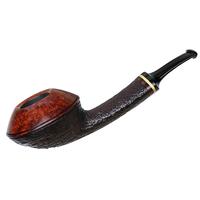 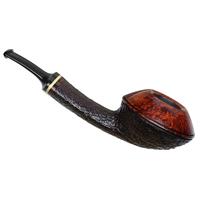 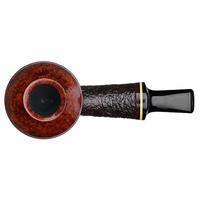 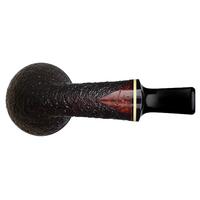 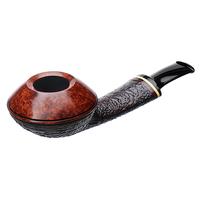 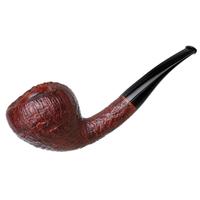 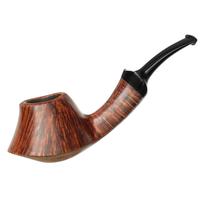 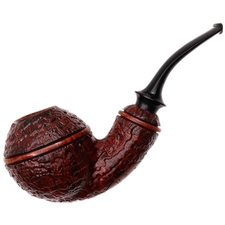 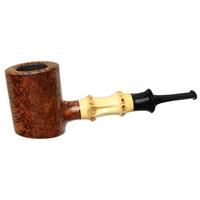