A strongly gestural and incredibly impressive Volcano rendition, this piece from Alexander Tupitsyn aptly showcases the Russian artisan's stylistic range and superior shaping skills. While Tupitsyn's portfolio is rife with stellar interpretations of classic shape-chart standards, he's not afraid to experiment and venture outside the realm of traditional forms. This piece also displays skillful use of asymmetry, with the undulating, strongly beveled rim tilted at an angle and displaying a concave orientation in profile. Particularly notable about this piece is the ridgeline that descends from the stylized rim down toward the demarcating ridgeline that characterizes the Volcano shape and continues along the left side of the shank before terminating in a crisp point at the teardrop shank face.

The form's forward-urging momentum is further amplified by the bowl's curved fore and the elegant arc that originates at the transition and continues into the shank-and-stem combination. Tupitsyn clearly shaped this block of briar with grain orientation in mind as the grain is superb and perfectly conforms to the stummel's shaping. The entire underside is dominated by a dense sea of swirling birdseye while streaks of flame grain rise along the bowl's tapered flanks. The warm, rich contrast adds definition the grain, and though this piece measures less than five long, its personality can easily rival pipes twice its size. 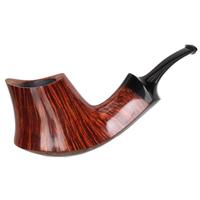 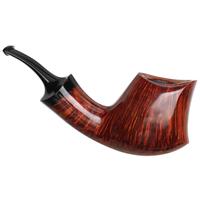 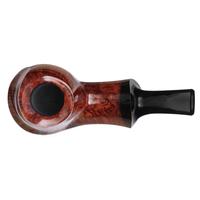 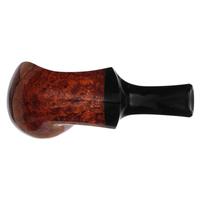 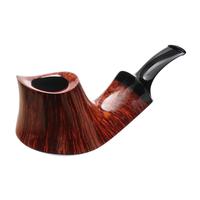 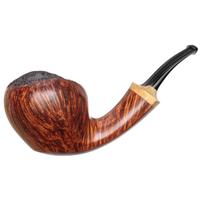 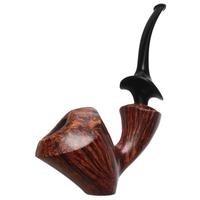 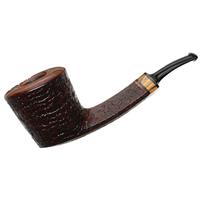