In addition to being heavily influenced by Vladimir Grechukhin's style, Alexander Tupitsyn's work often reflects an appreciation for the late Danish artisan Poul Ilsted and his distinctive use of firm ridgelines and precise panels. Those attributes are readily visible on this bent Bulldog, with plenty of fascinating features packed into a pocket-friendly design. The Bulldog's characteristic diamond shank seamlessly merges with the bowl's shaping, the bottom ridgeline continuing into the bowl's base and giving it a lifted heel. This piece also maintains the form's conventional beadlines, demarcating the smooth, tapered rim from the low-profile sandblast that has unveiled a fascinating array of undulating grain without distorting the clean line work. A trim boxwood accent band adorns the saddle stem's base, its naturally pale hue offering subdued contrast against the rest of the composition's dark color palette. 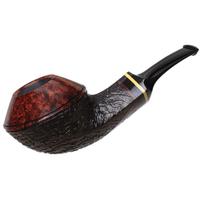 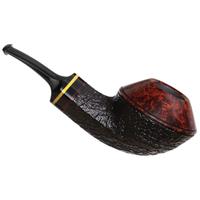 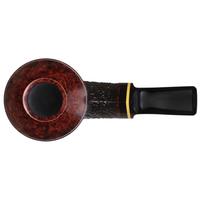 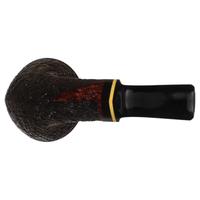 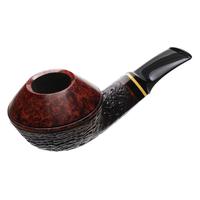 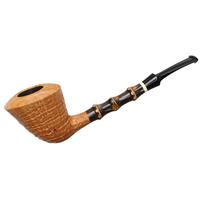 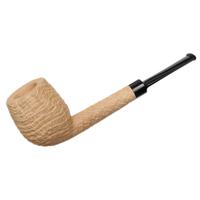