With a gestural, Danish sense of flow, coupled with a form that leans more toward the organic, this Sparrow from Bill Shalosky presents a composition that is certainly anything but static. Sporting a profile that appears, to my eye at least, to be a fusion of the Horn and a rather low-slung, forward-canted Tomato, the soft curvature of the shank and bowl is contrasted nicely by the defined point just at the fore (that which I'd call the 'beak'). Magnificent grain orientation on this one, accentuated by an equally fantastic sandblast, as the stummel's underside reveals a vast region of blasted birdseye, with ring-grain following the flanks. Adorned with a kingwood accent, the eye travels to a delicately down-turned saddle stem, forming a gentle S-curve. 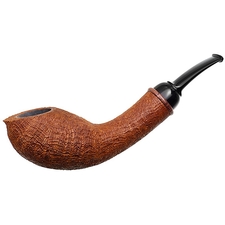 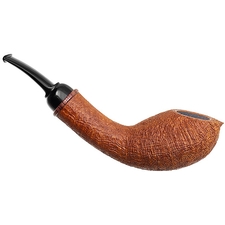 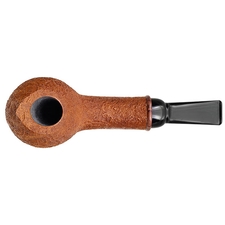 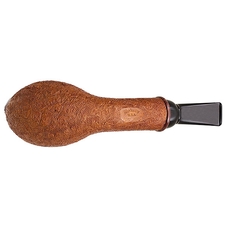 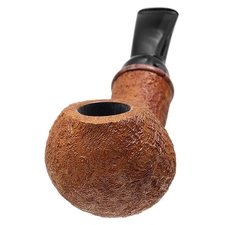 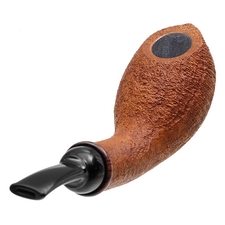 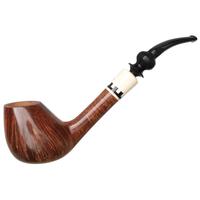 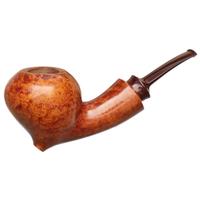 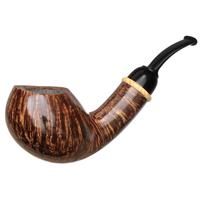 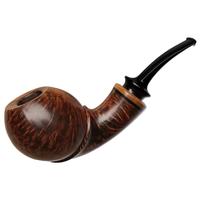 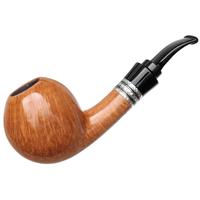 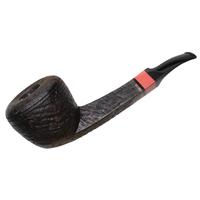