Though we've seen some Horn-like forms from the carver, this is certainly the most traditional interpretation of the shape we've seen from Bill Shalosky. It still sports plenty of the lively gesture and playful sense of curve we've come to expect from the American carver, both in the underside's crisp line in profile and the cup-like surface area of the rim. Likewise the compressed cross-section, resulting in an almost Opera-like form when viewed head on, is a cue we've seen a number of times from Bill as well. The chamber is still perfectly cylindrical however, and of just the right depth for those who prefer something in the way of a Group 1. As for the grain, it's nothing short of awesome, as indicated by the "Uber" stamp it wears - one of only two we've seen from the carver. He's accented the shank's end with a smart amboyna burl ring, offering a subtle touch of contrast. A stellar piece here. 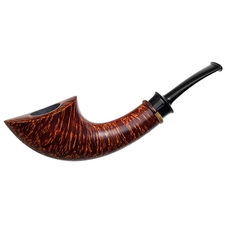 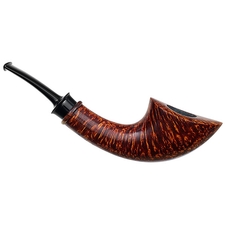 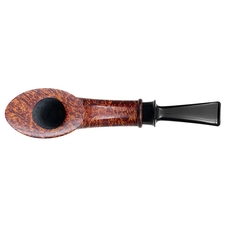 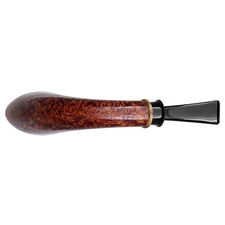 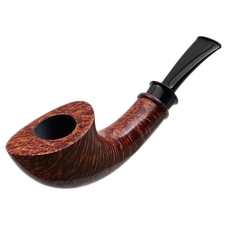 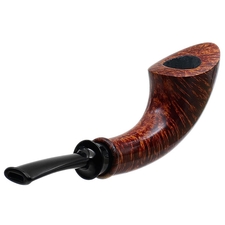 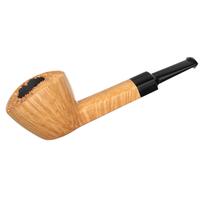 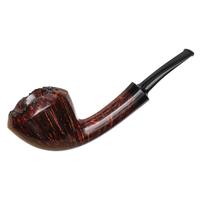