Though at first glance Brigham's "129" might appear but a slightly bent version of their "09" classic straight Apple, this design actually displays a noticeably fuller, more rounded bowl, though the shank and stem are on par with those of the the "09," and both pipes come in at the same length. It's presented here in the rugged rustication of the Voyageur line with the rim left smooth to contrast. 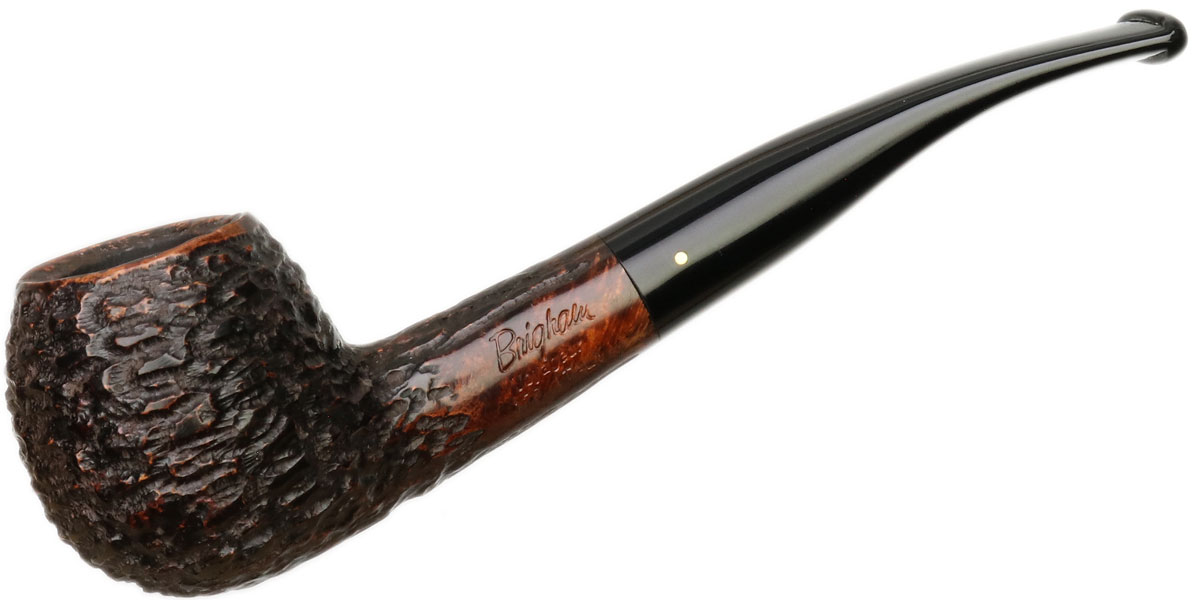