The Oscar is a signature shape by Danish artisan pipe maker Tom Eltang, named for his grandson. Among the most respected and renowned pipe makers in the world, Tom has not only developed a distinctive design aesthetic, but he's also responsible for training a number of other carvers early in their careers. His influence on the industry in indisputable, and French marque Chacom commissioned the Danish master to design a special Oscar rendition for their portfolio, adding an artisan-designed, Danish-style shape to their selection of timeless shape-chart standards. It's a relatively compact and quite gestural form, and the Oscar is characterized by two ridgelines that flow through the oval shank's sides before connecting at the bowl's aft side to create a scalloped transition. The rest of the bowl remains plumply rounded with soft, gentle lines, and this particular rendition is dressed in a natural, orange-tinged stain to highlight the briar's natural grain patterns. 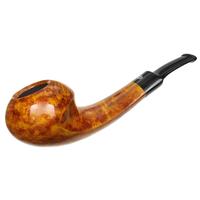 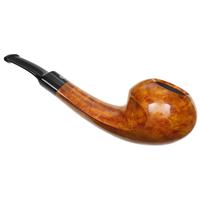 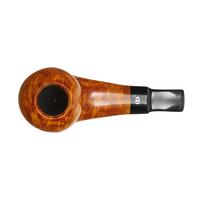 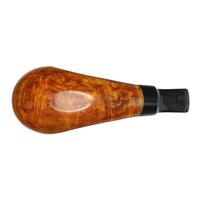 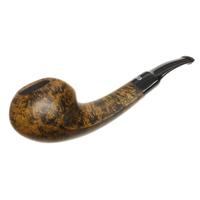 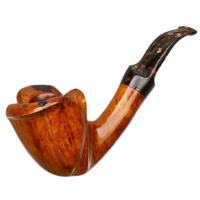 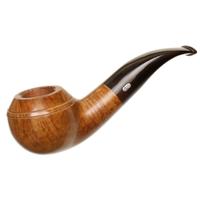 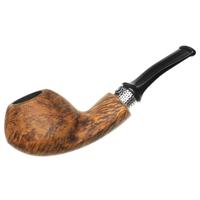 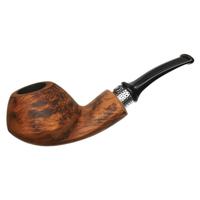 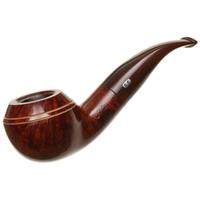 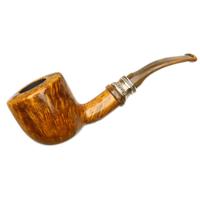 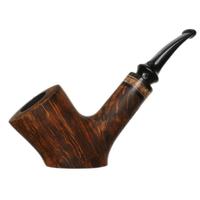 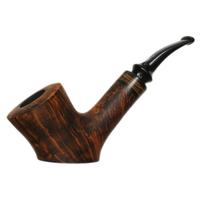