The Blowfish isn't a shape we're used to seeing from Italian carvers, yet Davide Iafisco isn't your typical Italian carver. Rather, Iafisco caters strongly toward the Danish school instead of the neoclassic tradition of many of his fellow countrymen. This Blowfish is one such example, hewing closely to other iterations we've seen from Davide, and it couldn't be more stunning.

Starting at the shank, the top and bottom are divided into two panels, separated by a crisp ridgeline. Along the underside, the left panel is characterized by tight-knit cross grain traveling through the heel, up the bowl's fore, across the rim, and terminating at the right panel at the top of the shank. Meanwhile, the flanks are left densely populated by dizzying whorls of birdseye. Seriously, I could spend the rest of today feasting my eyes on this piece. All dressed in a vibrant, orange and red-tinged contrast stain, it's absolutely mesmerizing. 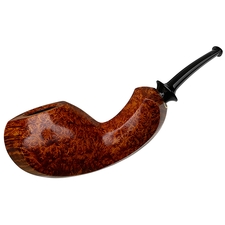 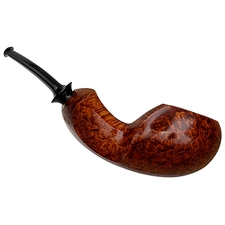 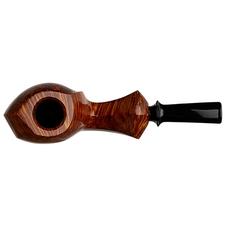 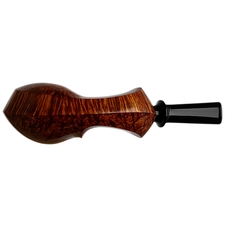 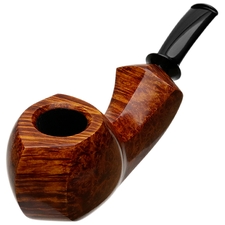 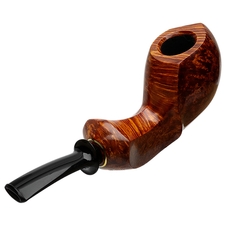 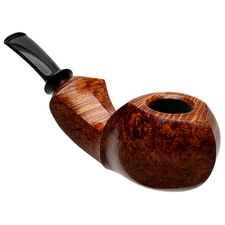 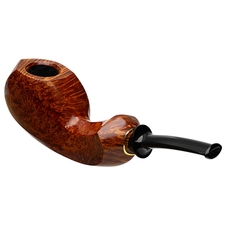 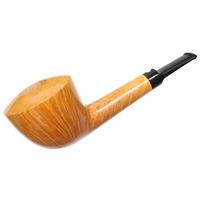