If you're looking for a unique and decidedly different piece to add to your collection, Roman Kovalev is the artisan to watch. Be it elaborate, extremely evocative freehand forms, or a piece that employs lesser seen materials, every Doctor's pipe is quite unlike anything else. Case in point: this Calabash.

First off, the shaping is quite distinct. Rather than following the traditional form of the gourd archetype, Roman's shaped the bowl itself into a large, upright, Dublin-esque form — while still reserving the former's functionality with a cooling chamber located just under the detachable cap. Moreover, the transition is slightly elongated as it leads into the three knuckle bamboo extension — forgoing a sinuous S-curve for an almost horseshoe shape in profile. Together with subtle asymmetric cues along the shank and rim, the result is an active, yet balanced silhouette, keeping to a fairly tight-knit style while still implying a lot of forward momentum.

As impressive and unique as the shape itself is, what really sets this piece apart, to my eye at least, is Roman's choice of materials. Sure Roman's used strawberry wood and bamboo fairly often in the past, but the material used to fashion the chamber cap is unlike anything I've ever seen — neither from Roman nor any other artisan I can think of. It's woolly rhinoceros horn that's been polymerized and polished to form an insanely smooth, almost metallic surface (that is after the 10,000+ years it must have spent preserved by some accident of nature). Though at first glance it appears to be uniform and jet-black, under the right light it transforms into a night sky of shimmering specks and striations. 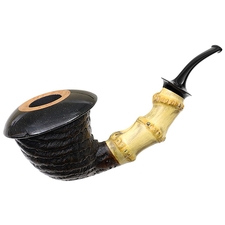 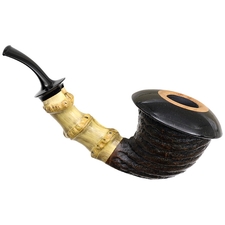 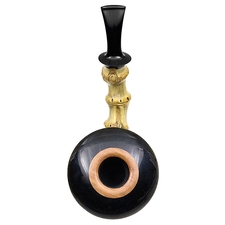 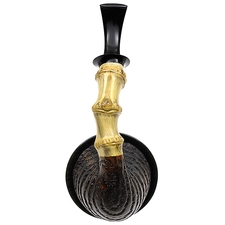 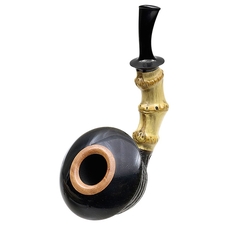 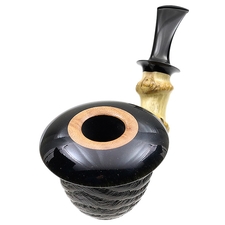 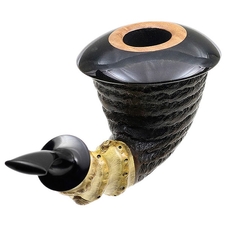 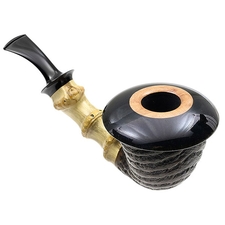 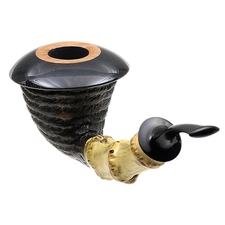