We've seen some very wild designs from Dr. Roman Kovalev, so that by now his chubby Apples and the like that use extra-stout buddha bamboo have come to seem pretty conservative in comparison. That said, the first time we saw these, in the very first pipes he sent us, they certainly had no difficulty grabbing our attention. Kovalev was really the first artisan we'd handled who made regular use of this smoother type of bamboo, at most a fringe material at the time. Given the rise in popularity of chubby shapes in general over recent years, it was some fortuitous timing; he isn't alone in frequent use of it now.

Even compared to the aforementioned very first Kovalev buddha bamboo pieces, this Apple in particular is actually more conservative, the transition and bamboo not being nearly as broad as the bowl. This makes for a more traditional Nosewarmer type of balance, aesthetically, which just happens to have been created with a more exotic material. 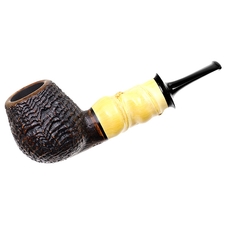 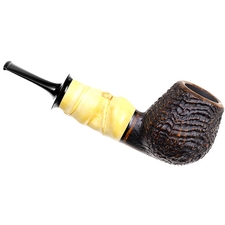 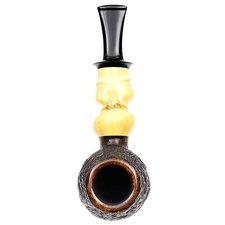 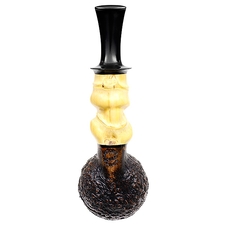 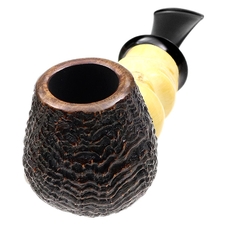 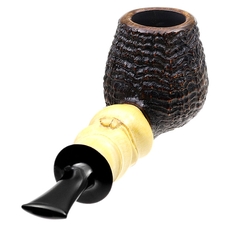 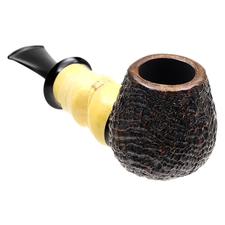 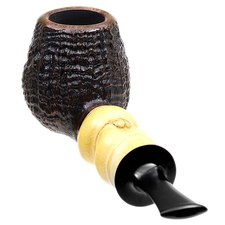 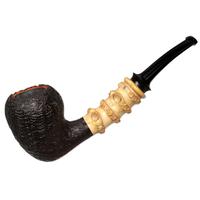 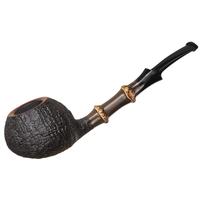