In profile, this Horn presents a shape that leans toward the broad display of flame I would normally associate with a Fan. With a tight line of cross-grain flowing through its curve, it perfectly accentuates the broad rim at the fore, with its dense display of birdseye and flame alike. Viewed from above, the bowl's shape is more oval, though the chamber itself is round. Inside, the airway has been drilled along a curve, and passes a pipe cleaner without issue — a remarkable feat in its own right.

As the eye sweeps the piece, however, the star of the show is Roman Kovalev's use of accent. From the tapered shank arises a flaring piece of bamboo inlaid with polymerized dinosaur bone. Each piece has been carefully polished and fitted, its colors neatly blending into the bamboo's natural shades, to make for a design that feels coherent and organic. It's a style that demands precision and attention to detail, and one which Kovalev has achieved with absolute aplomb — making this a piece truly deserving of the very first "Grand Flash" grade. 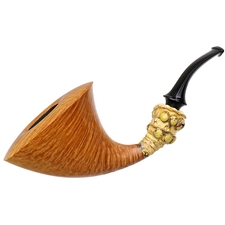 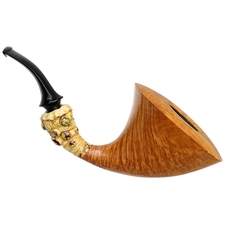 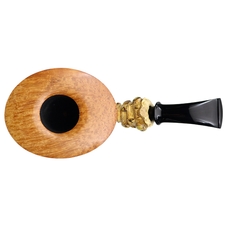 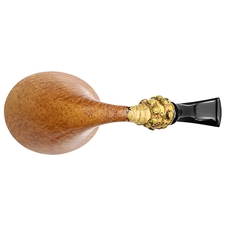 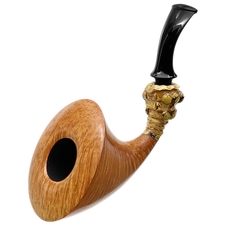 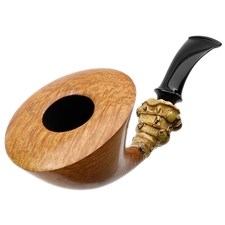 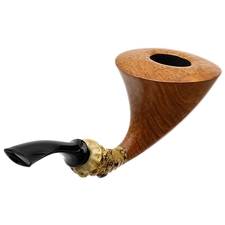 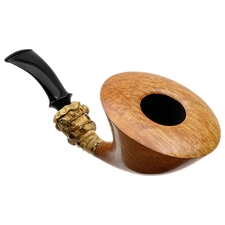 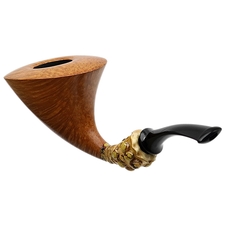 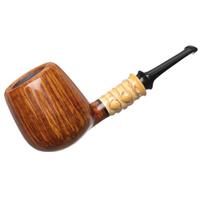 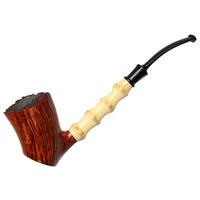