Roman Kovalev is certainly no ordinary pipemaker. The Russian carver's use of accents is as unique as they come, his eye for design and deft hand for shaping playfully organic forms as acutely honed as his technical skill and intention for his pipes to not merely be ornamental. His pipes are meant to be enjoyed, in the visual and tactile sense yes, but they're meant to be smoked. With that in mind, we turn to this broad, yet still succinct Calabash shape.

A wide, domed boxwood rim dominates the composition here, the tightly tapering sweep of bowl beneath it seeming to bolster the convex form like the trunk of a toadstool. It all seems to viciously guide the eye to the gentle flare of bamboo shank extension, the likes of which are fairly subtle compared the carver's more gnarled selections. It makes for an interesting degree of subtle flare out back in profile, highlighted by the gentle shift to the rhythm of the shank's knuckles. It also makes for a beautiful complement to the warm, rich tones of the boxwood on this "Double Flash" grade, and even more so by the carver's use of polymerized dinosaur bone for a wafer accent at the transition and two beads on the bamboo. The angle of the streamlined stem base echoes that of the bamboo shank's natural end, overall making for a composition that's undeniably the work of Roman Kovalev. In a word: awesome. 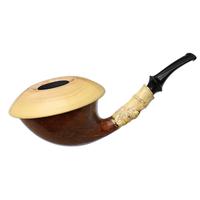 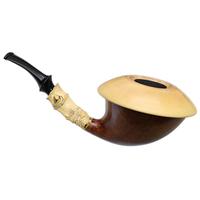 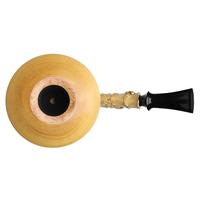 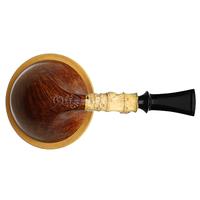 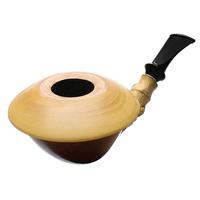 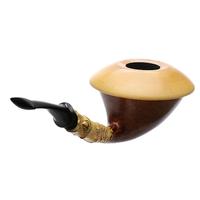 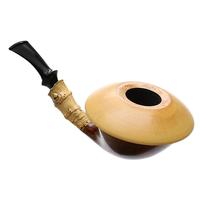 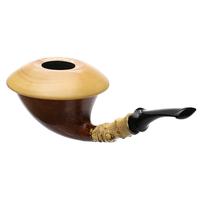 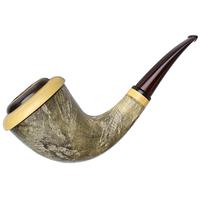 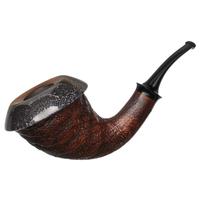