Similar to an earlier Calabash we received from Roman Kovalev of Doctor's pipes, this rendition features a domed boxwood rim fitted to a removable briar chamber that's counter-sunk within the stummel. It's a converse, of sorts, of the traditional Calabash, which features a rim that overhangs the stummel. Here, though, the plateaued crowned flanks of the bowl rise over the base of the boxwood for an organic, cohesive design. Even despite this unique aesthetic, the chamber can be removed like any Calabash for cleaning, most easily done by gently rocking the boxwood back and forth.

The stummel itself resembles the Horn shank, flaring dramatically from out of a pinched shank. Such shaping results in rounded ridgelines along the shank to add a slight firmness to the profile that transitions naturally into the ferrule of bamboo at the shank end. Wild, eccentric, and craggy, this style of bamboo is a signature of Kovalev and makes for a striking accent that still merges well with the rest of the piece in its light color palette, echoing the boxwood's hue. The stummel is stained a light blonde, continuing the bright overall presentation and highlighting a stunning display of grain. From engineering, to shaping, to finishing, this is an impressive piece from Roman, and it's earned his highest grade — Grand Flash — of which we've only ever seen two. 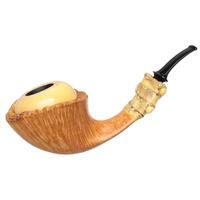 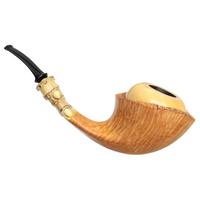 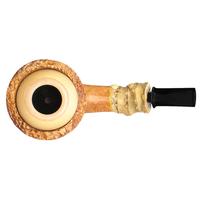 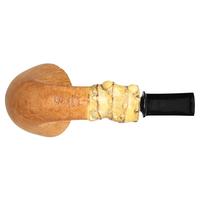 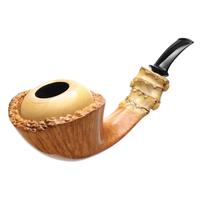 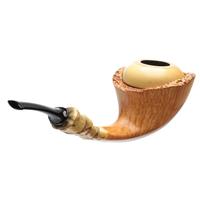 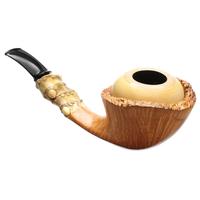 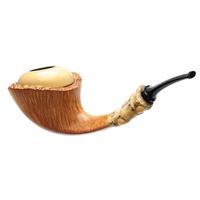