Though we've seen many lithely bent and graceful compositions produced by Grechukhin Design, the Brandy is a rather uncommon shape to see from the Russian workshop. Vladimir Grechukhin's unique style is readily evident here as the bowl displays plenty of Danish influence, also featuring robust proportions and plump cheeks, and is followed by a lengthy, elegantly curling shank. It's a bold design, displaying a muscular and poised profile, while also showcasing the Russian carver's dynamic approach to shaping. Finished by fellow artisan carver Alexander Tupitsyn, the low-profile sandblast has managed to bring out a wealth of wavy grain, with the bright silver band providing brilliant contrast against the rest of the composition's dark color palette, while the smooth band of briar along the rim's innermost portion matches the trim band along the shank end. 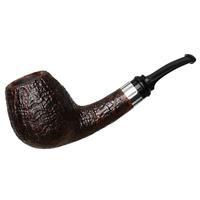 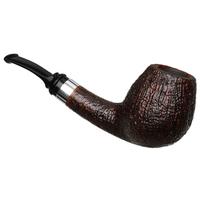 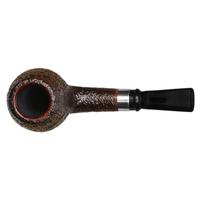 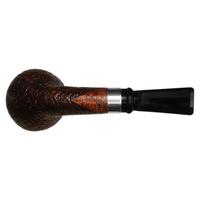 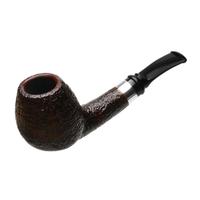 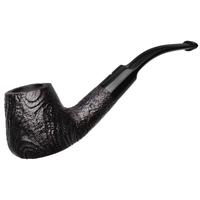 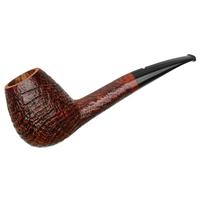 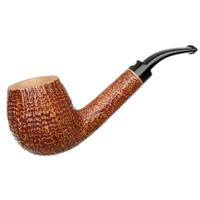 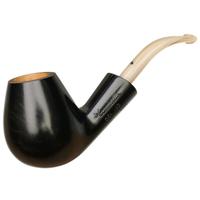 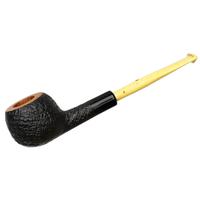 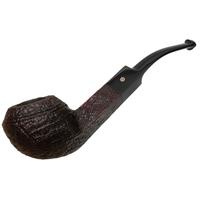 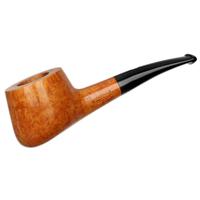