With a form more than vaguely reminiscent of Grechukhin's own Long Shank Blowfish, this Apple from the Russian master showcases his acute skill for fashioning shapes that maintain immense visual interest, regardless of the angle at which they are viewed. In profile, this long-shanked offering evokes the look of an Ivarsson-esque upward curve at the shank, but if turned ever so slightly, things change a bit.

Inspecting it with the rim facing directly away from the viewer, the striking diagonal orientation beyond the transition comes into perspective, and what appeared to be a rounded, flaring shank reveals itself to be, in fact, lenticular. There's definitely still a strong degree of flare though, with perfectly oriented, blasted birdseye and cross grain serving to define the form's topography a little more clearly from a distance. The bowl sports a subtle, oval-like form about the cross-section, and when viewed from above, makes precise use of the negative space implied by the shank's crisp lines. Finished in a rich black/red stained sandblast, and adorned with a handsome accent of boxwood and black palm, this composition is likely one of the most dynamic, intricate pieces I have had the pleasure of describing. 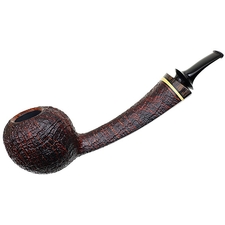 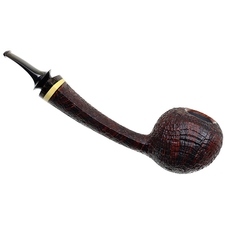 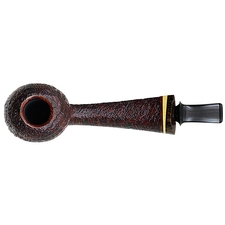 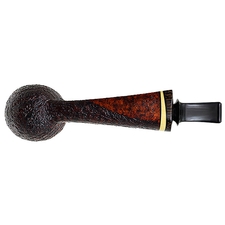 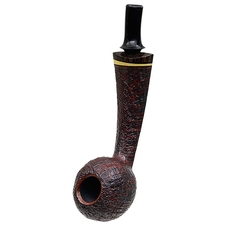 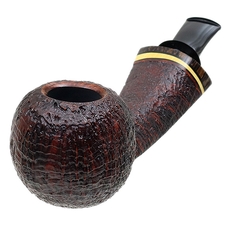 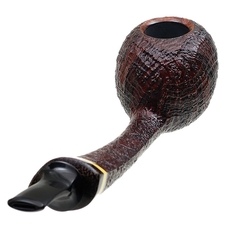 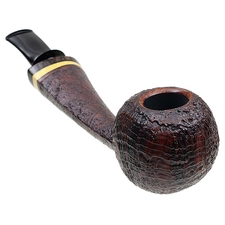 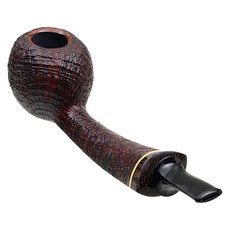 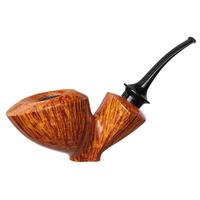 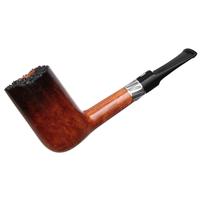 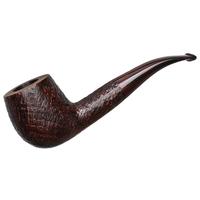 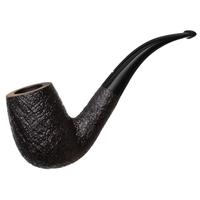 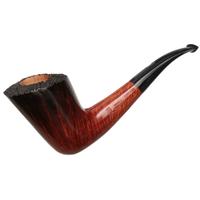