While the focus of the previous morta piece (a striking Blowfish) in this same batch of Grechukhin pipes was on ring-grain, this streamlined Apple's seems to be the brilliantly even showing of endgrain visible on the piece's broad flanks. It almost appears completely uniform from afar, an effect emphasized by the softly triangular shaping at the transition and shank, where the eye is lead to a mount of pale blonde boxwood. Boxwood is not a commonly-seen material amongst Vladimir's body of work, and using it here, he's lent more gravitas to the morta's dark texture, while also bolstering its playfully modernist style. It's also worth mentioning that this pipe is also seriously lightweight. Awesome work. 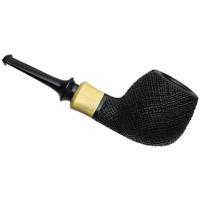 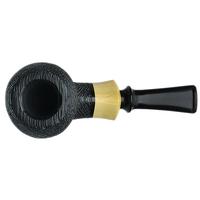 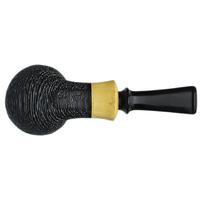 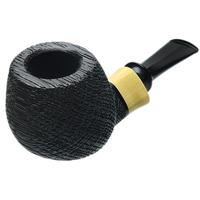 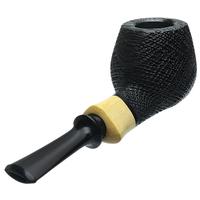 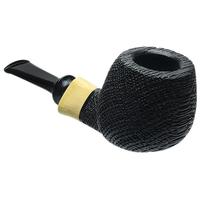 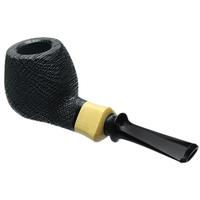