Immediately reminiscent of Lars Ivarsson's signature Cup and Ball design, this bent Egg from Vladimir Grechukhin utilizes a striking dual finish and expert line work to deliver a well-balanced take on a form we've seen a few times previously. Like Lars' Cup and Ball design, this example features a ridgeline around the transition that cradles the plump Egg bowl and plays a subtle, yet pivotal role in the shape's final form. Past bent Egg renditions from the Russian master have primarily been of the long-shanked variety or on the more compact, chubby end of his size spectrum, but here we see a fairly evenly proportioned example — seemingly towing the line between the two aforementioned versions.

While the Danish influence is readily apparent, it's the subtle details and expert craftsmanship that can often get overlooked on such a piece. While the shank meets the bowl straight on, Grechukhin has employed a slight asymmetrical cue along the underside as a crisp ridgeline runs from the shank face until being intercepted by the ridgeline around the bowl. What's more, when viewed from the smoker's perspective, the shank end and stem base are shaped in such a way that they mimic the ridgeline that "cups" the robust bowl. Vladimir has then dressed this piece in a dual finish with the bowl wearing a low-profile Danish-styled sandblast and the shank having been left smooth to highlight some vivid grain. It's pieces like this that showcase why Grechukhin is one of the best in the business. 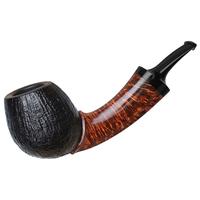 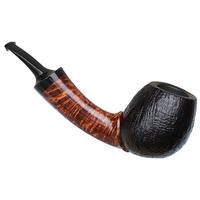 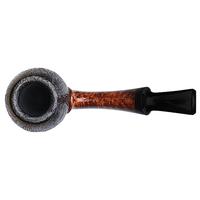 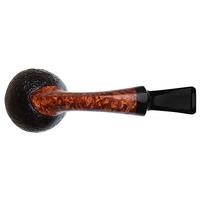 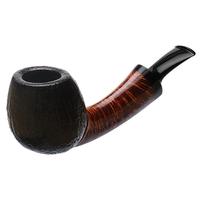 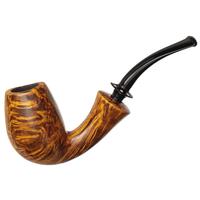