This bent Brandy from Vladimir Grechukhin is an excellent example of the Russian master's signature shaping style, combining a strong degree of muscularity with pocket-friendly proportions. This offering is full of supple curves, the bowl offering a substantial feel in hand with its robustness and garnering much of the design's visual attention. The sweeping gesture of the shank plays a large role in emphasizing the bowl's prominence, creating cheeking around the transition while giving the bowl its lifted heel. However, when viewed from above, the pinched shank lends the form a dynamic sleekness that belies its muscularity. The juxtaposition of the shank's crisp ridgelines with the bowl's supple curves is a fascinating contrast that could easily go awry if mishandled but is executed with absolute precision by Grechukhin.

The sandblasted finish on this piece is spectacular and the grain orientation is quite unlike other pieces I've encountered from Vladimir. Specks of birdseye grace the flanks, with vertical waves of cross grain radiating across the fore and aft underneath the rust orange contrast stain. Whether you're an admirer of Grechukhin's style, favor compact designs, or simply enjoy finely crafted artisan pipes, this is the kind of pipe that any collection could benefit from having. 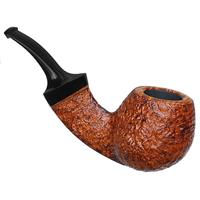 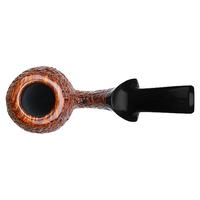 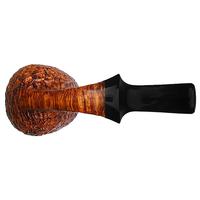 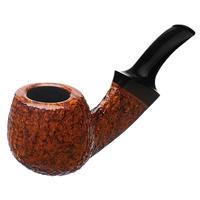 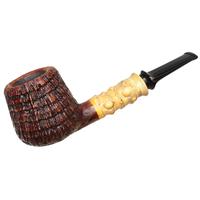 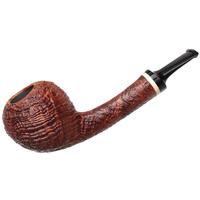 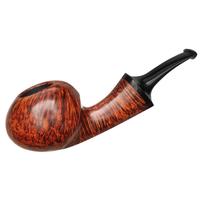 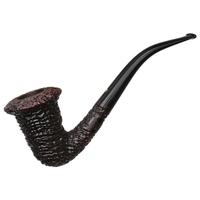 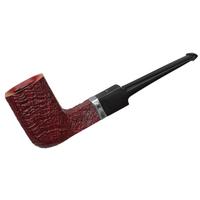 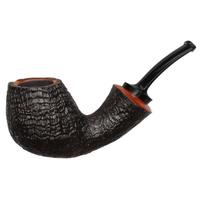