Based in his hometown of Jesi, Italy, Tonino Jacono has established an estimable reputation as a pipe carver since 1981, working primarily in the Italian neoclassic style. This sizable bent Dublin is a fine example of such style, with its exaggerated proportions and strong heel. Among the largest pipes he offers, this piece bears three "Checkmate" stamps, with a deep chamber and thick walls for a long cool smoke. The broad rim is capped with craggy plateau, paired to tapering walls and a jutting heel. An upturned round shank brings up the rear, fitted with a bent acrylic stem. Dressed in a rich blonde stain, the stummel boasts fine straight and flame grain around the bowl, with touches of swirling birdseye at the heel and shank. 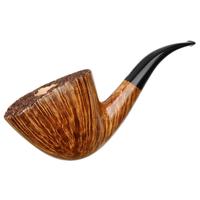 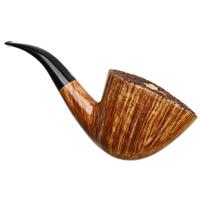 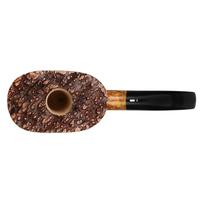 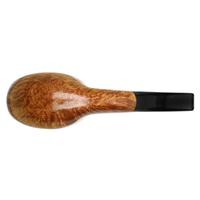 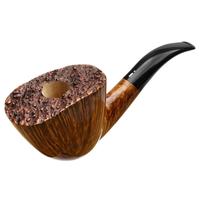 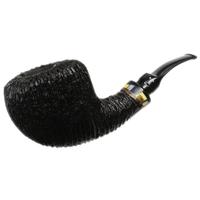 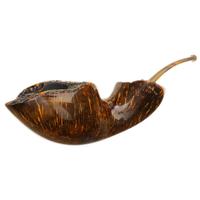 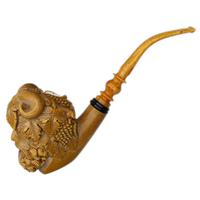