The Cherrywood isn't a shape we see all that often from Tonino Jacono, but he has certainly delivered a charming piece with this particular rendition. The bowl features a gentle forward cant, pairing nicely with the high-kicking orientation of the shank and gracefully downturned saddle stem. The slanted base is flattened and allows this piece to sit sturdily, perfectly suited for anyone in the market for a desk pipe. That being said, it's still quite at home in hand, with plenty of room for the thumb over the transition. Dressed in the craggy rustication of the Stalemate series, you'll find it a hard pipe to put down, as there's an abundance of rugged texture throughout the stummel. As a part of the Stalemate line, the stummel has been crafted entirely from hornbeam burl rather than briar, a dense, hardy wood that gets its name thanks to its material similarity to horn. 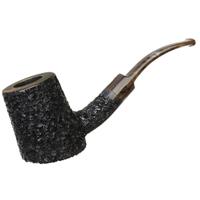 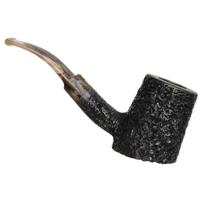 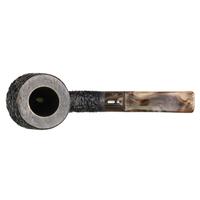 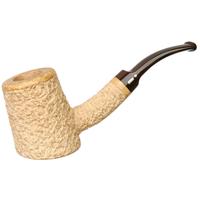 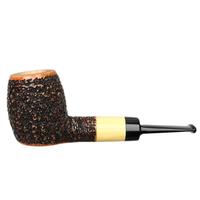 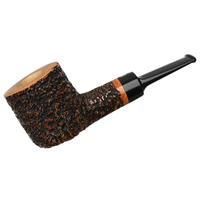 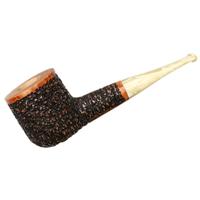 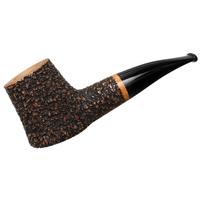 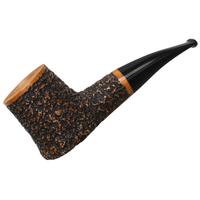 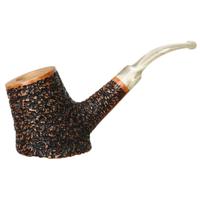 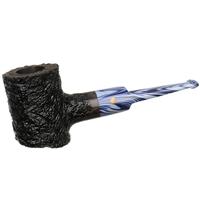 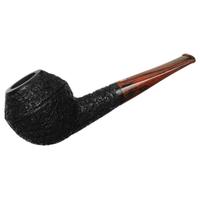