An especially sinuous, extra-bulbous Tomato design, this piece from Jerry Zenn showcases two distinct aspects in its bowl and shank pairing. It's all made possible by the trim transition which visually separates the shank and stem combination from the rotund mass of the bowl up front. Said bowl is classic in style, defined by a squat disposition and palm-filling substance, while the S-curve out back highlights an especially craggy ferrule of Taiwanese bamboo. This style of ultra-organic, nonuniform knuckles of bamboo was pioneered by Roman Kovalev of Doctor's Pipes and has influenced other pipemakers in the industry to use these unique sections of bamboo that, in earlier years, would have been discarded for their eccentric, asymmetrical shaping. The combination here makes for a striking blend of crisp-lined organicism and voluptuous curves, all imbued with the Taiwanese carver's talented craftsmanship — the bamboo having being studded with nodes of olivewood throughout and a ferrule of olivewood at the end, and the stem secured via a sturdy, metal tenon. 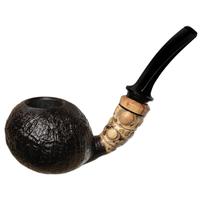 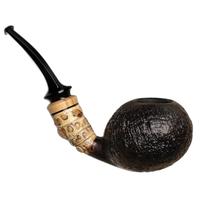 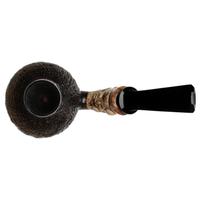 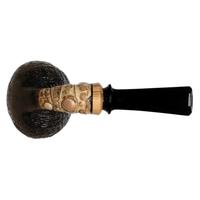 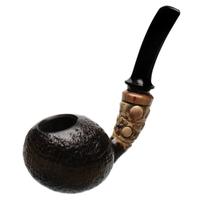 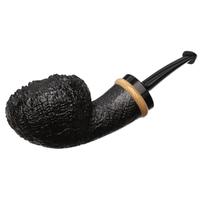