While we've seen a few of his signature Duck's Foot and Moose Foot renditions, this appears to be the first iteration of the Elephant's Foot we've seen from Lars Jonsson, though hopefully not the last. While the shape is traditionally a large one, designed to show off tight crossgrain along the flanks as well as panels of birdseye to the fore and aft of the bowl, Lars has gone for a different approach. Tight-knit, with a broad, curling shank and an abbreviated mouthpiece, it is a compact version of the form. Its stummel has been partially rusticated with a deep, scale-like pattern along both flanks, continuing through the transition into the mount, while the bowl's fore has been finished in a deep, red-hued stain to highlight a broad swath of birdseye. An elegant, unconventional take on the Danish design, Lars's skill with a block of briar continues to impress. 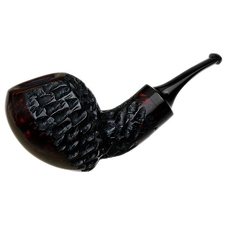 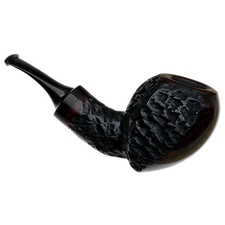 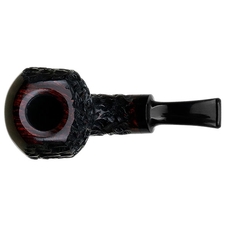 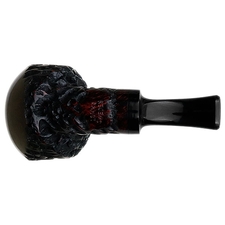 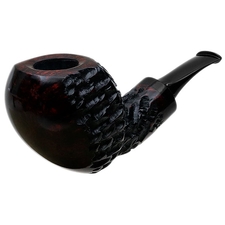 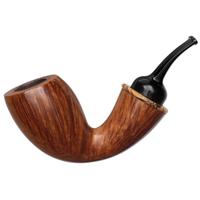 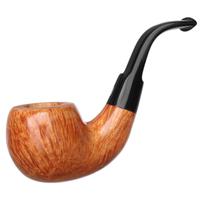 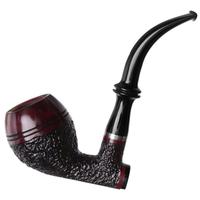 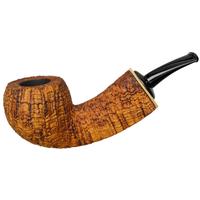 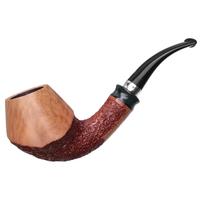 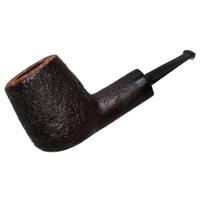