While Erik Nording's work often displays the Danish carver's appreciation for wild, flourishing Freehands, he's quite talented at taking on more organic forms, as this Blowfish deftly demonstrates. It maintains the shape's signature disc-like panel with an encircling ridgeline giving prominence to the right flank while the left side is dotted with pin pricks of birdseye. The stummel forgoes Nording's signature rustication, instead opting for a warm, inviting mahogany stain. 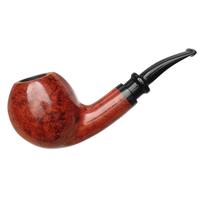 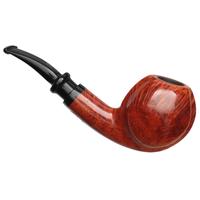 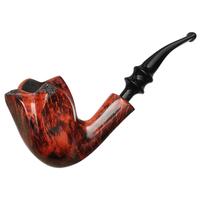 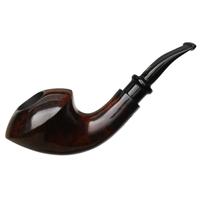 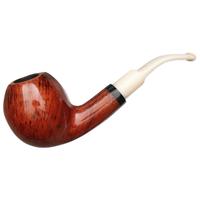 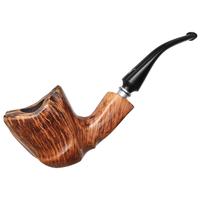 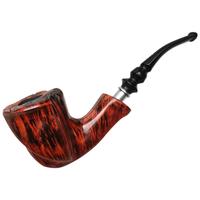 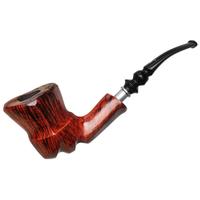 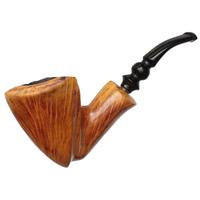 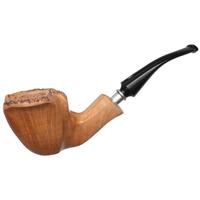