A far more compact piece than one usually expects from Erik Nording, this pocket-friendly "351" Bulldog is rather traditionally shaped. The bowl is replete with domed rim, encircling ridgeline and sloping flanks, while the shank and stem are accentuated by a silver spigot mount, allowing for easy breakdown of the pipe, even when hot. The stummel is wearing a fetching rustic sandblast for further textural and visual intrigue. 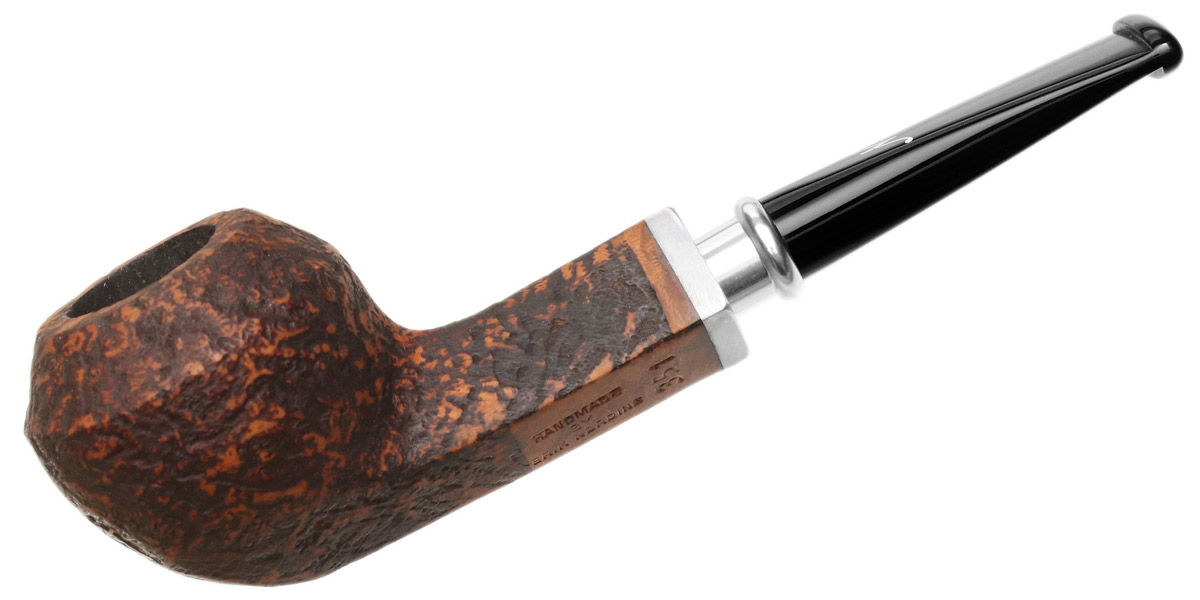 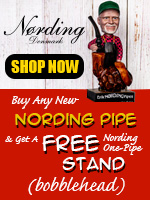