We talk a lot about certain artisans' abilities to "read" a block of briar, determining what shape would bring out the best of the block's grain. This bent Dublin sitter is a testament to Ping Zhan's talent in that area. The overall shape is a take on a Tokutomi design, often referred to as the "Vase." Though rendered in varying bowl shapes, the general outline of the shape is constant — an almost nonexistent transition forces the angled bowl and shank to share the same flattened underside.

Like Toku's design, the shank here bears a teardrop cross section, the crisp ridgeline matching perfectly with the flame grain to make it almost imperceptible in direct profile. Ping has lent this piece his own subtle use of asymmetry though, most notably at the shank-end and stem base. One side of the shank-end is kissed with plateau to echo the crown at the rim; while above, the saddle portion of the stem bears a slight undulating orientation. The whole piece is a stunning example of Zhan's skill as a carver. Riffing off of a previously rendered shape, he imbues it with his own artistic creativity, all upon a canvas that's rife with flawless flame grain. 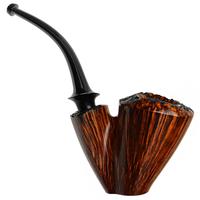 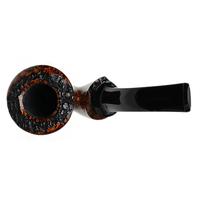 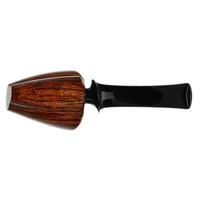 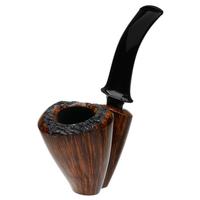 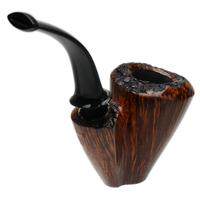 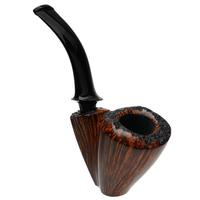 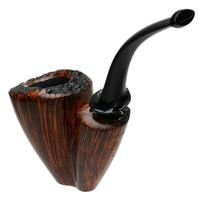 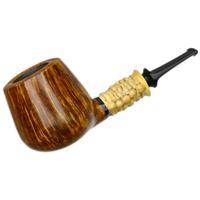