The Misfit series consists of two shapes: the "131" Rhodesian and the "132" Devil Anse. Presented here is the "131," a compact Rhodesian that forgoes the shape's characteristic beadlines in favor of a firm ridgeline underneath the tapered rim. Despite its short length, the bowl still houses a chamber of respectable dimensions, making for a petite pipe that doesn't sacrifice tobacco capacity. This particular example is dressed in a well-textured sandblast, finished in a jet-black stain that tastefully contrasts against the trim metal band accenting the shank end to create a classy, dress pipe aesthetic.

Similar to the Scottish marque's Outlaw line, the Misfit series from Rattray's presents lightweight, nosewarmer designs that are easily slipped into a pocket when traveling. Where the two lines differ are in their stems: The Outlaw features a more traditional, fishtail bit while the Misfit displays a single bore mouthpiece, hearkening to mouthpiece designs of the late 1800s and early 1900s. 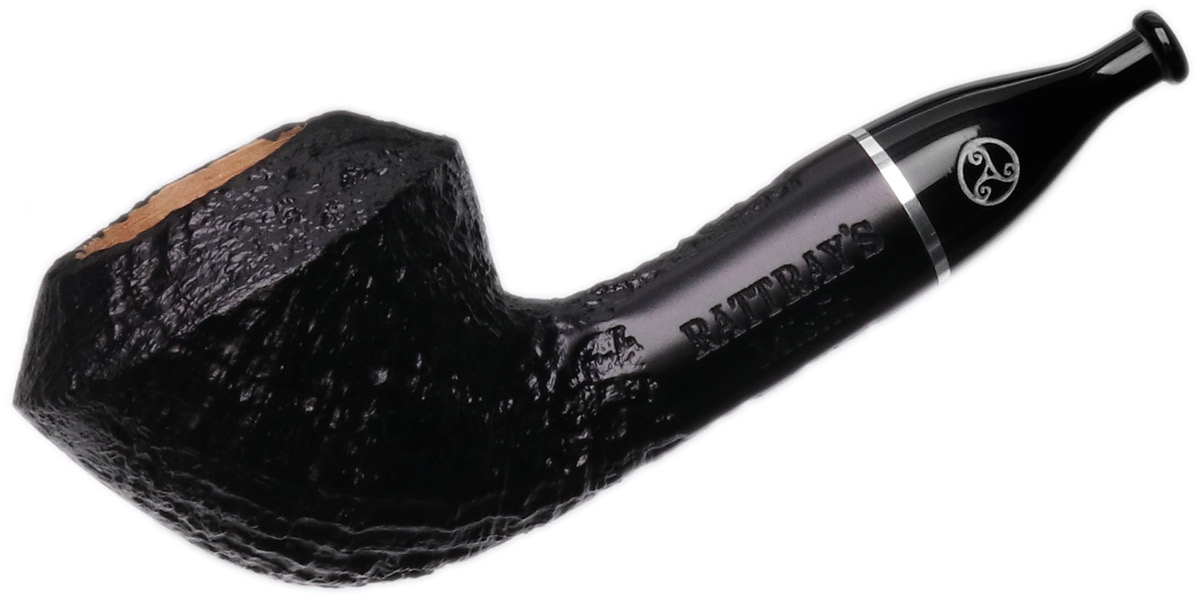 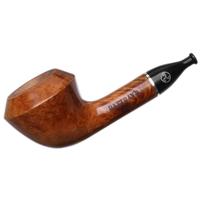 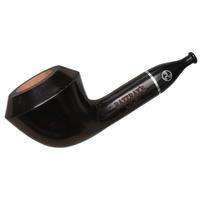 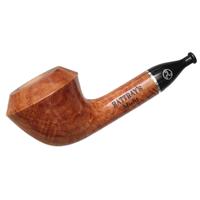 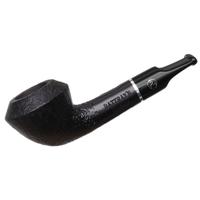 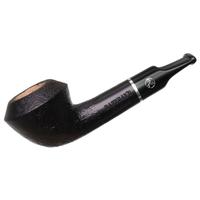 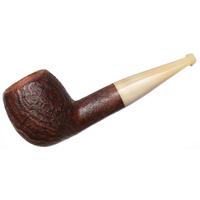 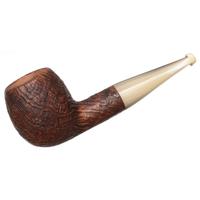 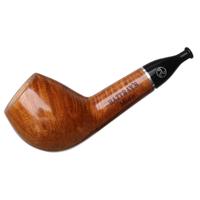 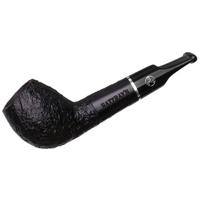