Like his rendition of the famed Windshield pipe, this Opera pipe from Ray Kurusu sees the carver taking on yet another pipe oddity from times past, in the process lending the form a sense of playful organic character a' la the Danish and Japanese schools. Though exhibiting the form's traditionally compressed shaping at the bowl, past that point it's pretty far removed from the archetypal Dunhill design. It houses a cylindrical chamber within (rather than the historically oval-shaped chamber), concealed within the fairly lenticular bowl topped with a rolling, plateau-crowned asymmetrical rim, along with a shank comprised of two knuckles of honey-blonde bamboo just past the neatly-pinched transition. The bamboo itself echoes that succinct compression, with an almost hourglass-like taper and flare in profile, easily guiding the eye to the broad, bulb-shaped stem base, from which extends a short-throw saddle bit. Overall, it's an idiosyncratic take on the form, certain to hold a place of honor amongst your collection. 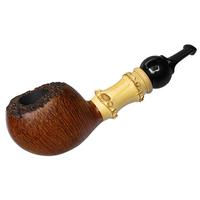 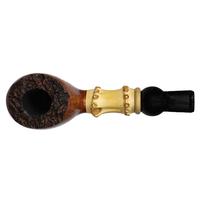 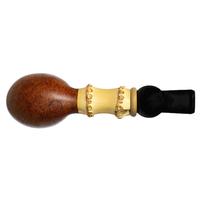 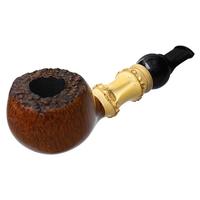 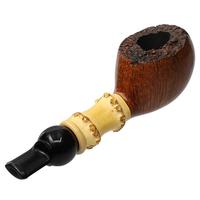 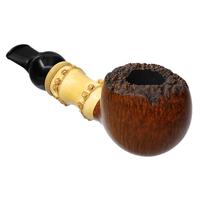 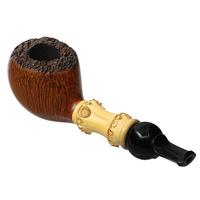