We've grown so accustomed to expanding shanks in high grade Danish pipes that when we have the opposite, such as with this piece by Ulf Noltensmeier, it is noteworthy and deserves examination. There are three other S. Bangs in this update that also have tapering shanks, though not nearly as obvious as on this pipe. Even with the saddle bit, there is a general impression of tapered reduction from bowl to button, with the grain oriented along the shank visually elongating the sweeping S-curve.

But let's talk about plateau. You have not seen rim plateau until you've seen S. Bang rim plateau. Subtle refinement best describes it. Carefully sanded and finished to provide lots of smooth briar between the undulating crevices and peaks of the outside of the briar burl, the plateau here is understated while maintaining endlessly interesting surface variations, including the inner chamfered ring. That's all on a domed rim that rises from another subtle feature: the ridgeline at the top of the bowl. It's exactly right for this shape, rendering the finest grain from the block and smoothly transitioning from the sides of the bowl to the top. Perfect for draping a finger and for seeing how the grain changes from straight to birdseye, it offers a look at the internal orientation of the briar's grain. This is a remarkable pipe in every aspect. 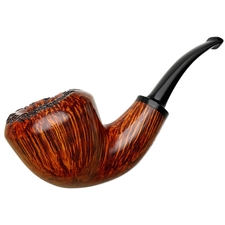 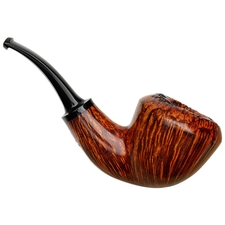 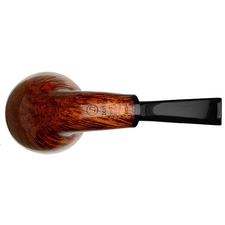 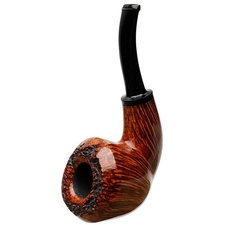 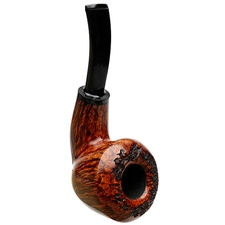 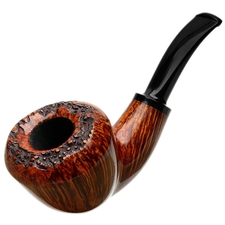 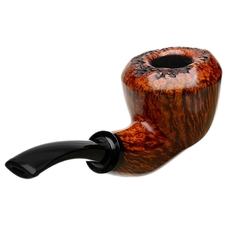 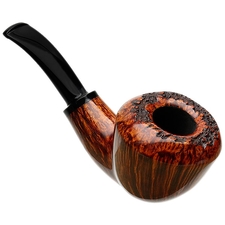 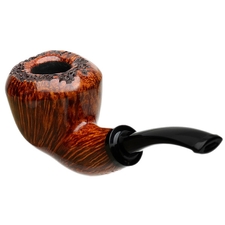 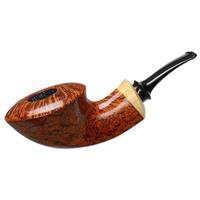 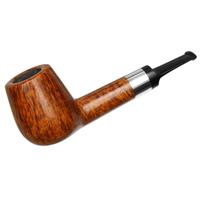 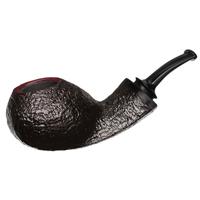 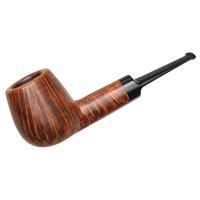 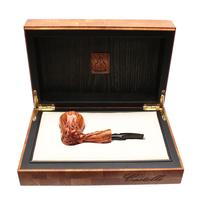