Despite this being the sort of pipe we expect from S. Bang, it's still jaw-dropping. The bowl is slightly oval, longer on the axis of the shank than it is in width, though that difference is minute and the bowl easily maintains its organic, plump, Apple disposition. The proportions are what get to me. It's larger, bowl-wise, than I would typically be attracted to, but in this piece it all combines so beautifully that I'd be dumbfounded by anyone who wasn't impressed. The cheeking of the bowl at the transition is not excessive, nor is it too wide. The more I see pipes, the more I think the talent of a carver is truly in knowing when to stop, and that skill is evident here. The rim is flat, but not the severe, ridged flat found elsewhere, but a demure flat with an almost imperceptible curvature at the ridge line and a neat, understated chamfer at the inner rim. The shank tapers dramatically, joining the saddle stem whose face gently expands itself in 360 degrees of perfect symmetry. As for the grain ... well, look for yourself. It's even better in person, especially presented in the world-renowned contrast finish of S. Bang as executed by the incomparable Ulf Noltensmeier. 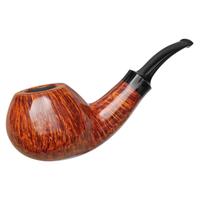 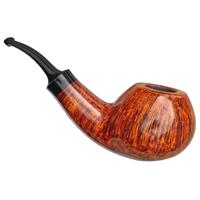 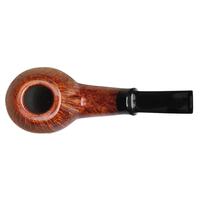 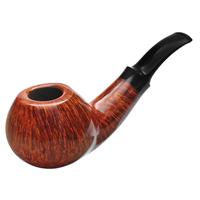 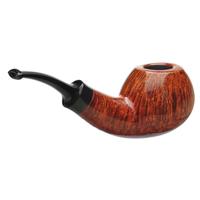 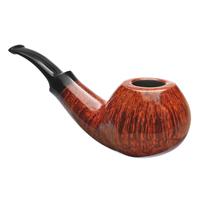 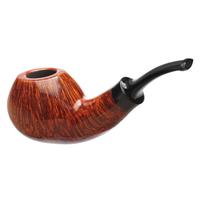 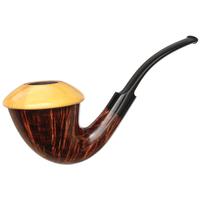 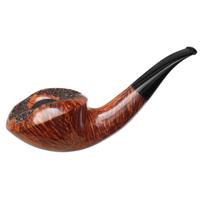