Scott Thile says he's only a piano tuner, but he's much more than that, and even more than the musical instrument technician at Murray State University that he is. An accomplished musician and the father of Chris Thile, widely accepted as the best mandolin player in the world, Scott has pursued creative expression his whole life, and we're lucky he turned his attention to pipes, because pipes of this quality are rare. This Apple provides all the comforting roundness one could want, with prominent cheeking at the transition and a lazy bend of shank and stem. The black mouthpiece tapers to the lip button, placing the visual weight forward at the stummel, and the grain is illuminated by a beautifully defined contrast stain. Organic and natural in hand, it's a composition that almost plays its own music. 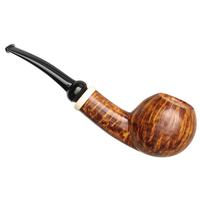 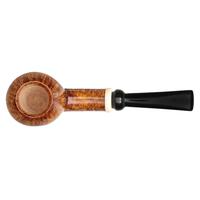 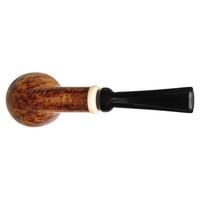 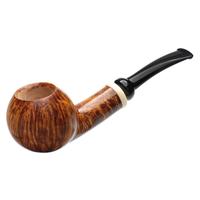 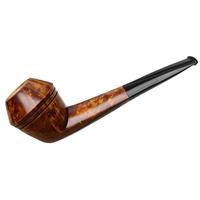 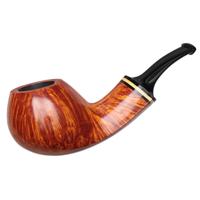 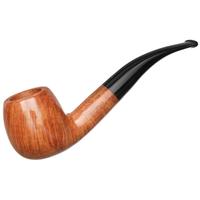