With an incredibly low yearly output, Boris Starkov is one of those elusive, "white whale" artisans whose work rarely comes to the surface, so to speak, but when it does is immediately snatched up. Such rarity is due to Starkov's incredibly meticulous pipemaking process: The Russian artisan spends extensive time on each piece, always shaping by hand in his Moscow workshop. In this piece, Boris presents a particularly voluptuous bent Brandy, hewing closely to the Danish tradition, as is his convention. It's one of those especially large and robust Danish-style pieces that, while the length isn't extended, offers a palm-filling substance, thick insulating walls, and a spacious chamber within. The bulbous bowl dominates the profile and boasts immaculate grain; however, it's the shank and stem combination that captivate me most.

Starkov has been playing with this design aesthetic over the years, juxtaposing the curvaceous bowl against a shank with neatly paneled flanks in a style à la Bo Nordh. The angle of the shank and stem also contrast against the bowl's muscularity — the shank curling languidly upward out of the transition while the mouthpiece shows only the slightest hint of recurve. The button, then, showcases Starkov's signature bit work, being angled downward a touch to promote a more comfortable and sturdy clench. For accents, Boris has shaped the stem with soft ridgelines in a keel-like formation along the underside and topped the shank end with a ferrule of stunning, marble-patterned Karelian birch, a hardwood hailing from a region of northern Russia that extends into west Finland. 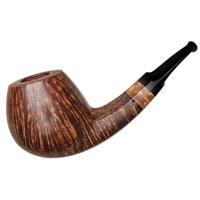 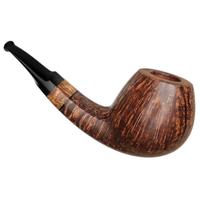 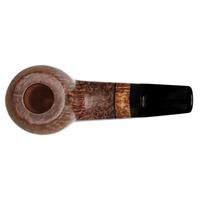 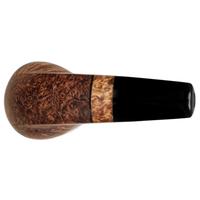 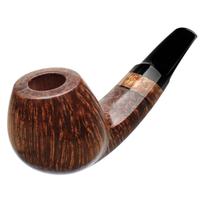 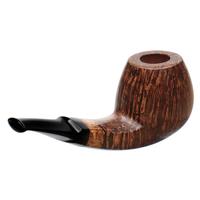 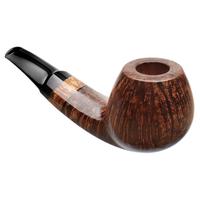 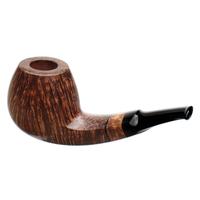