When it comes to Tsuge Ikebana's bent Dublins, forward-ebbing is what comes to mind, with an emphasis on the fore of the piece as far as visual weight. This rendition of the shape does not disappoint in that regard, with the bowl dominating much of the visual interest, though it stands apart from many of the pieces we've seen before. Rather than a sweeping, Danish-influenced take on the shape, this one is low-slung, its curving rim implying its slight motion, rather than the usual cant or sweep. Below the rim, vibrant flame grain is dressed in a warm, smooth contrast, which extends through the slightly-flaring shank behind. But above the soft ebb, the rim itself is a steep taper upward, as if exploding from its base, all of which is dressed in a deep, dark shade to give it an impression almost of being carved from stone. It's a remarkable piece, with every detail neatly balanced to create a cohesion of elements, allowing it a hint of organic feel all around. 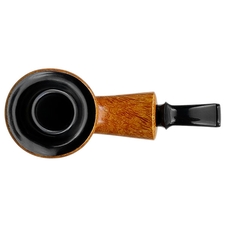 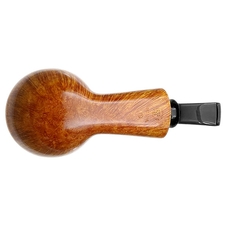 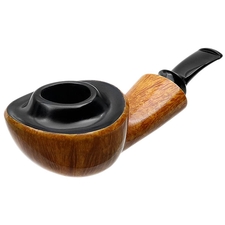 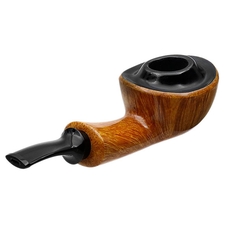 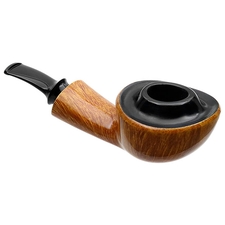 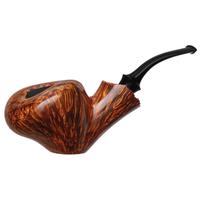