A former student of Sixten Ivarsson, Kazuhiro Fukuda leads the Ikebana workshop, comprised of Fukuda and Asami Kikuchi. The Ikebana name literally translates to "living flowers" and refers to the highest form of Japanese flower arrangements — designed to instill peace and encourage an appreciation of the natural world, often overlooked by people caught up in life's busyness. It's an apt name for a workshop such as Tsuge Ikebana, each piece coming from the two Japanese masters promoting the same appreciate of natural beauty.

Here, Fukuda presents a stunning bent Dublin, the form itself resembling a flower arrangement in the flaring bowl and shank end, both the rim and shank face topped with textured plateau to further the organic aesthetic. Ivarsson pioneered the artisan pipemaking movement with his "shape first, drill second" approach, which allowed the carver to shape according to the grain rather than be dictated by where holes were drilled prior to shaping. Fukuda has clearly approached this piece that way — the grain having informed the profile's taper, as the fine strands of flame grain emanate perfectly from the heel, extending into and aligning beautifully with the lines of the bowl and shank. It's a substantial piece, offering plenty of surface to showcase said grain orientation, and the Japanese carver has highlighted it expertly in a vivid, honey-blonde contrast stain for further accentuation — well deserving of the prestigious "P" grade designation. 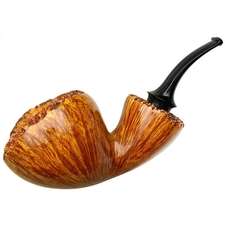 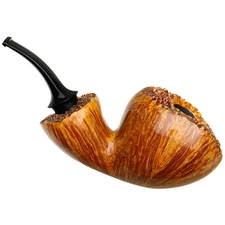 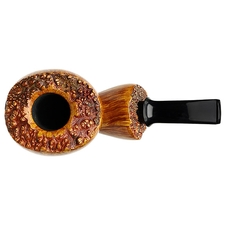 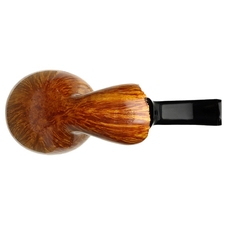 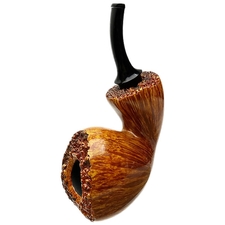 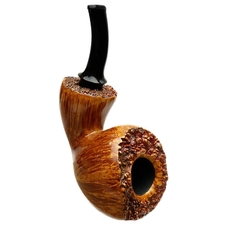 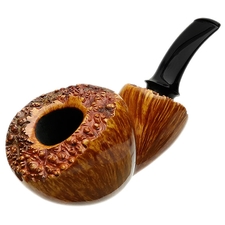 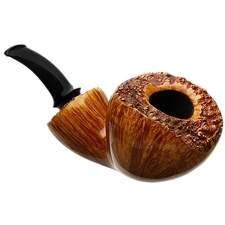 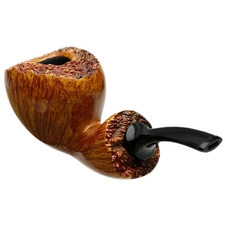 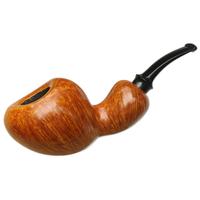 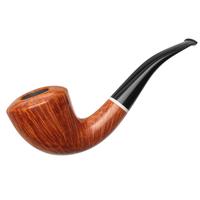