Asami Kikuchi is a graduate of one of Japan's most prestigious art universities and makes up one-third of Tsuge Ikebana — the workshop consisting of three artisan carvers, with each pipemaker fashioning their own individual pieces but united by a shared workshop space, a culture of mentorship and learning, and the Ikebana stamp itself. Here, Kikuchi presents quite the unique take on the Volcano design.

Earlier this year, we received a similar style of Volcano from the Japanese carver. While the previous rendition was more sleek and streamlined, the form more defined by sleek breadth than robust muscularity, this one is quite the opposite — the profile characterized by a dramatically bulbous underside. Both pieces played with contrasting finishes and concise paneling, and in this rendition, the panels begin at the bowl's fore, flaring and curling upward toward the stem base from out of the ridgeline wrapping the front of the bowl.

While the profile incorporates a number of distinct design cues, from rotund curves to crisp facets and well defined lines, the aerial perspective reveals a contrastingly simple, oval form. The piece takes an entirely different form depending on perspective — an element of design that Kikuchi plays with often in her work. Tying the entire piece together, though, is the stem: Mushroom-like of base, the push-style tenon flares into a striking dome that "caps" the implied lines of the paneled shank, drawing focus to the negative space it creates and cleverly incorporating the stem into the overall composition. 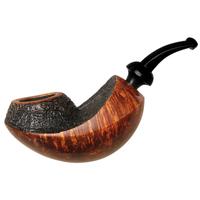 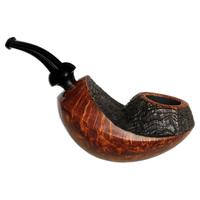 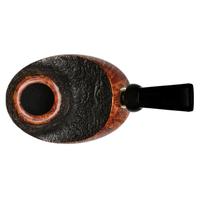 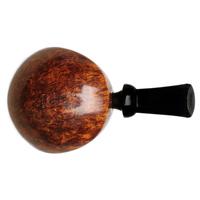 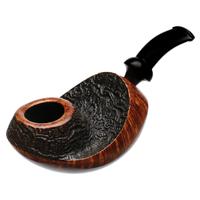 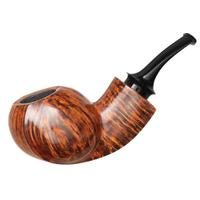 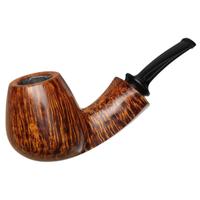