Kazuhiro Fukuda is a master artisan, having been a former student of the legendary Sixten Ivarsson in the 1960s, and has dedicated decades to the craft. Fukuda supervises the Tsuge Ikebana workshop and notably mentored fellow Ikebana artisan Asami Kikuchi when she joined in 2013. The Ikebana name literally translates to "living flowers" and refers to the highest form of Japanese flower arrangements — designed to instill peace and encourage an appreciation of the natural world. It's a fitting name for the workshop as each piece promotes that same appreciation for natural beauty with this bent Egg from Fukuda serving as an excellent example.

This offering is steeped in the Danish pipe-making tradition, especially in its display of supple curves, flowing lines, and overall minimalist aesthetic. It's also a robust, muscular interpretation with the bowl's curvaceousness providing a pleasant, inviting feel in hand. Said bowl displays a strong degree of forward-urging momentum, guided by its canted disposition while the rim's slight concave orientation further emphasizes the implied momentum. The bowl's flanks are subtly compressed, creating an oblong shape when viewed from an aerial perspective. The grain orientation is superb with a gorgeous array of lively flame grain to wrapping around the bowl and sides of the shank. It's been dressed in a vibrant, honey-blonde contrast stain that further brings the grain into the spotlight. A stellar piece that demonstrates Fukuda's immense skill and why Ikebana pipes are widely respected. 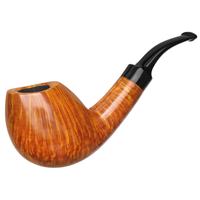 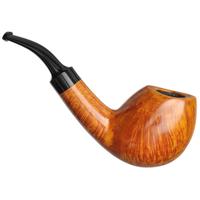 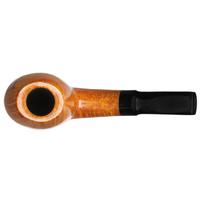 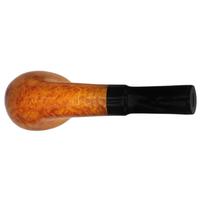 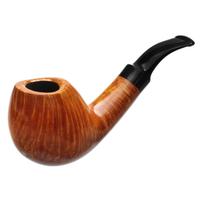 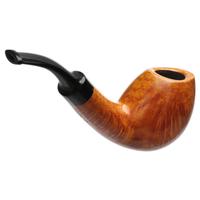 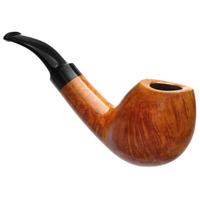 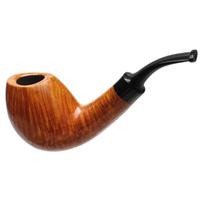 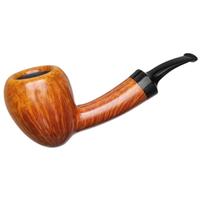