Kikuchi joined the workshop in 2013 after being mentored by Ikebana's supervisor, Kazuhiro Fukuda, and her personal aesthetic is one that often reveals plump, chubby iterations or sleek, aerodynamic designs — with Freehand and classic shapes alike. The bent Apple represents her traditional fare, and it's a conveniently sized piece despite the bowl's rounded muscularity. Beautiful in its reservation and simplicity, this piece draws on Danish design cues to present a composition that prioritizes genteel lines and soft curves, though the flattened rim adds a touch of accenting angularity and drifts from the Danish rounded-rim convention. Though plump and palm-filling, the stummel is lightened in profile by a forward-surging posture, as every line in the composition pushes toward the fore. Dressed in a traditional, auburn stain, the finish highlights the briar's natural grain, with vertical grain covering the flanks and birdseye populating the underside. 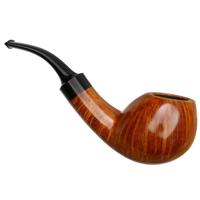 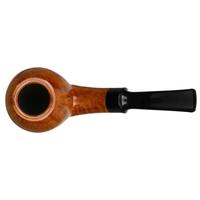 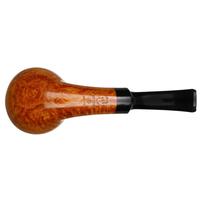 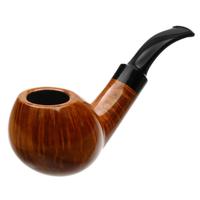 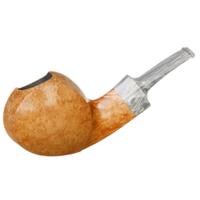 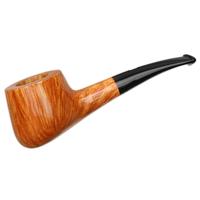 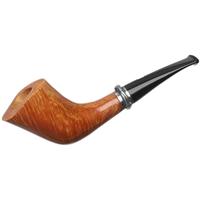 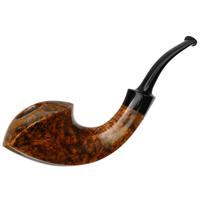