Typically a carver devoted to compact smokers, Micah Cryder of Yeti will every so often bless us with one of these long-shanked numbers, his conventionally plump and organic aesthetic maintained but also lent some streamlined sleekness by the added length. This particular number pairs a relatively squat Dublin bowl with a comparatively robust, flaring shank, the elongated form rivaling the bowl in regard to visual presence. The heel is especially lifted, urging the profile considerably forward and continuing the momentum implied by the shank's lines tapering toward the transition. Above, then, the bowl flares drastically into an inflated rim that's covered in pinpricks of birdseye, seeming to grow into the natural plateau about the top of the chamber. Micah has done well to accentuate this feature, despite the bowl's rather diminutive sense of visual weight, having contrasted the rim against the stummel's dark sandblast with a vivid, honey-blonde stain. Such a color palette is echoed at the shank end accent, wrapped with a trim rim of mammoth, whose creamy hues resemble that of horn and match well with the rim up front, bookending the piece, as it were, with bright splashes of color. 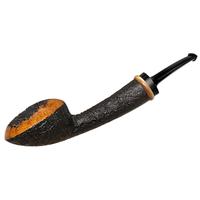 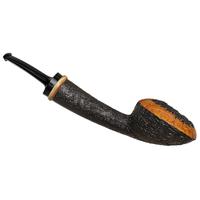 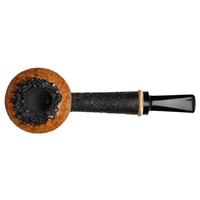 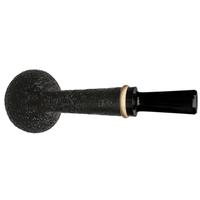 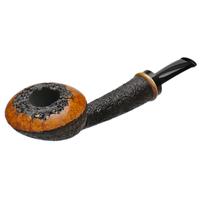 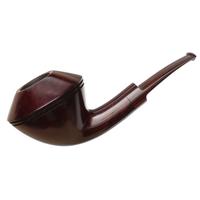 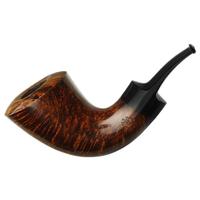 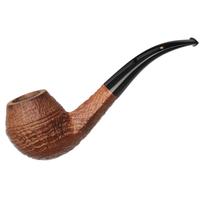