Dubbed the "Nautifish" by Micah Cryder of Yeti pipes for its hybridization of Nautilus and Blowfish design cues, this example is one of several that the American carver has fashioned, but it's the first one we've received. And what an example it is. Like the standard Blowfish, this Nautifish highlights cross-grain orientation, with the shape's characteristic ridgelines framing the central band of cross grain and the flanks' swaths of birdseye. Those same ridgelines, then, flow down toward the transition before flicking outward in "fin" like protrusions — the left one most prominent on this piece, with the edge deftly paneled by Micah. Further accenting the flanks are a section of plateau along the left side, as well as another ridgeline that cuts upward through the right side. The line is almost imperceptible in profile but is readily evident in hand, adding even more complex line work to an already detailed composition.

In normal Blowfish renditions, the shank would be conservatively rounded or, perhaps, paneled to echo the bowl's shaping; however, this is a Nautifish, and the shank incorporates the upward curling shank of the Nautilus. That said, Cryder's approach here tilts the shank on its vertical axis, adding asymmetry and altering the profile depending on the viewer's vantage point. A deep groove marks the transition, and testifies to Micah's skill on the shaping wheel: To carve such a deep, yet narrow groove, while maintaining a consistent curve, is quite difficult from a craftsmanship perspective, but Micah has done so to great effect here, and it contributes to this shape's complex structure. Finally, it wears a dramatic contrast stain, as if the grain were painted on, and features Cryder's signature use of Bakelite stems, with this one offering a vibrant palette of mint green. 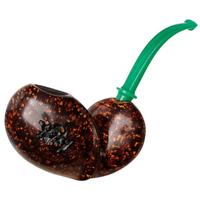 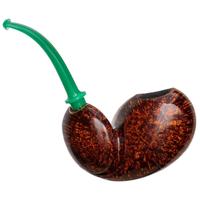 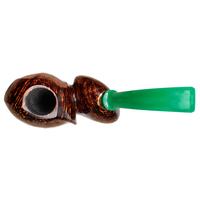 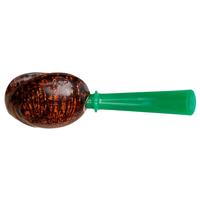 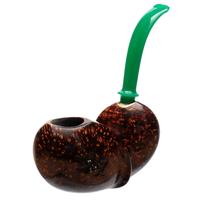 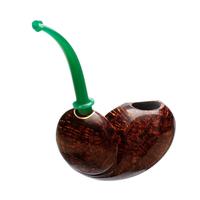